Voldemort: Origins Of The Heir 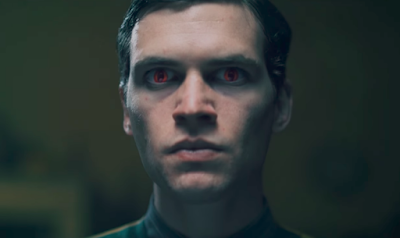 Fantastic Fan-made Film about the
early days of Harry Potter's Nemesis
In 2016, after reading through “Harry Potter And The Half-Blood Prince,” a few filmmakers began crowdfunding the fan film “Voldemort: Origins Of The Heir,” which follows Voldemort’s path to evil. Word quickly reached Warner Bros. and the kickstarter was shut down due to copyright laws.

But then, something surprising happened. The creators Gianmaria Pezzato and Stefano Prestia had a private meeting with Warner Bros. and ― after some discussion on restrictions, we’re guessing ― the studio agreed to let them go forward with the film.

“The only thing we can say is that they let us proceed with the film, in a nonprofit way, obviously,” director Gianmaria Pezzato told Polygon.

The film follows Grisha McLaggen (a noncanonical character played by Maddalena Orcali), the heir of Gryffindor and an auror trying to stop the rise of Tom Marvolo Riddle aka Voldemort (played by Stefano Rossi), whom she was close with at Hogwarts.

McLaggen is captured trying to steal back Tom Riddle’s diary from Russian aurors. Through McLaggen’s interrogation, we flashback through Riddle’s life as he lies, manipulates and murders to acquire some very familiar heirlooms: Helga Hufflepuff’s Cup, Salazar Slytherin’s Locket and Rowena Ravenclaw’s Diadem. Fans will recognize these as the items later to become Voldemort’s horcruxes, objects containing a piece of his soul.

While not quite reaching the quality level of the official “Harry Potter” films, “Voldemort: Origins Of The Heir” is very impressive for a low budget, fan production filmed at various Italian locations. The set design, costumes and visual effects are particularly striking.

The 52-minute film produced by Tryangle Films is free to view above and on YouTube. It’s worth checking out for hardcore and casual fans alike.

Voldemort: Origins of the Heir
Posted by anim8trix at 12:00 AM