MFKZ - from the makers of Tekkonkinkreet 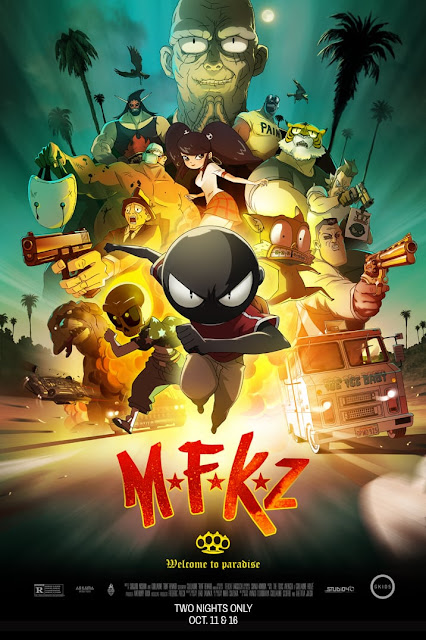 M*F*K*Z
MFKZ is a new sci-fi action anime film from Guillaume "Run" Renard, the original creator of the Mutafukaz comic series, and Studio 4°C, the studio behind Batman: Gotham Knight and Tekkonkinkreet.

In theaters nationwide for TWO nights only: October 11 and 16! 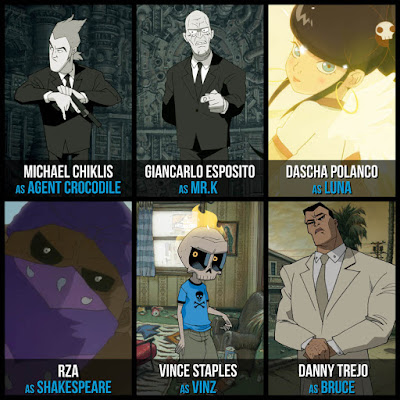 A film by Guillaume “Run” Renard and Shojiro Nishimi

The film centers on young Angelino and his skull-and-flame pal Vinz, who live in a seedy tenement in an LA-inspired dystopian metropolis – a burnt-out, gang and cockroach-ridden neo-urban hell. Following a scooter accident Angelino starts experiencing migraines and strange hallucinations, as well as fits of rage-inspired superpowers, as he slowly awakens to the truth of his origins: he is half-human and half-Macho, a supernatural alien race that is bent on taking over the planet.

Rated R for bloody violence, language and some sexual content.