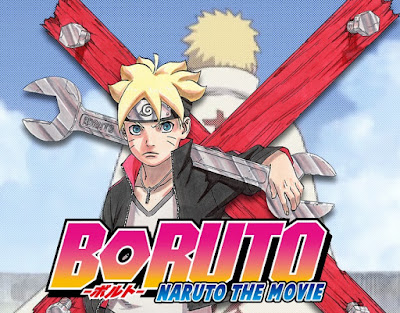 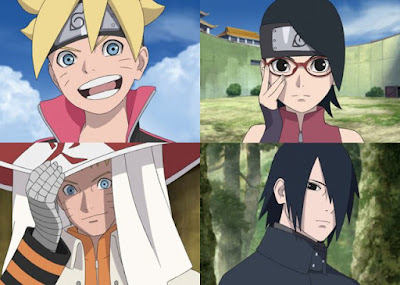 Boruto and Sarada both appeared at the end of Naruto (the manga) and will be voiced by Yuko Sanpei and Kokoro Kikuchi, respectively. Junko Takeuchi will return to play Naruto Uzumaki, and Noriaki Sugiyama will return as Sasuke Uchiha. As for Mitsuki, the character was not in the Naruto manga but appears in the miniseries Naruto: The Seventh Hokage and its sequel, The Scarlet Spring. Below's the film’s first plot summary, but be aware that there are SPOILERS concerning the ending of the original Naruto manga:

Boruto is the son of the 7th Hokage Naruto who completely rejects his father. Behind this, he has feelings of wanting to surpass Naruto, who is respected as a hero. He ends up meeting his father's friend Sasuke, and requests to become... his apprentice!? The curtain rises on the story of the new generation written by Masashi Kishimoto!

Naruto manga creator Masashi Kishimoto is penning the original story and script, and does the character designs. He is also the chief production supervisor. Hiroyuki Yamashita (Ninja: Naruto the Movie animation director) is helming the movie. Ukyō Kodachi (Chaos Dragon, Neppu Kairiku Bushi Road) is co-writing the script with Kishimoto.