A Live-Action Gundam Movie is Coming! 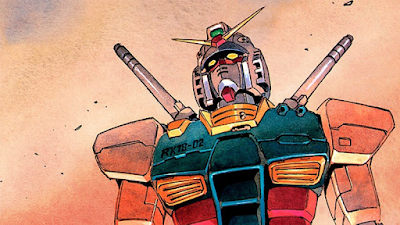 Mobile Suit Gundam
One of the most influential giant robot sagas of all time, is heading to the big screen.
[Source: io9] Legendary has just announced a new collaboration with Sunrise at Anime Expo 2018 that will see Gundam get its first ever live-action movie. Details are scarce and a provided press release by the studio stresses no story details are being revealed right now. However, it does include a brief synopsis for the premise of the original beloved anime series and its setting in the “Universal Century,” the main timeline that many of the dozens of Gundam anime, mangas, and video games have been set in:

The original Gundam series is set in the Universal Century, an era in which humanity’s growing population has led people to emigrate to space colonies. Eventually, the people living in the colonies seek their autonomy, and launch a war of independence against the people living on Earth. Through the tragedies and discord arising from this human conflict, not only the maturation of the main character, but also the intentions of enemies and the surrounding people are sensitively depicted.

It technically won’t be Gundam’s first foray in Hollywood—there’s long been attempts to bring the franchise to the big screen before, and technically the RX-78-2, the first and perhaps most recognizable Gundam mecha, made its big screen debut in Ready Player One this year. But it’s a big step for a beloved series like this—and given Legendary has already had success with giant robot movies in the form of Pacific Rim and its sequel, it’s got the experience needed to bring the most beloved giant robots of all to the big screen.
Posted by anim8trix at 12:00 AM