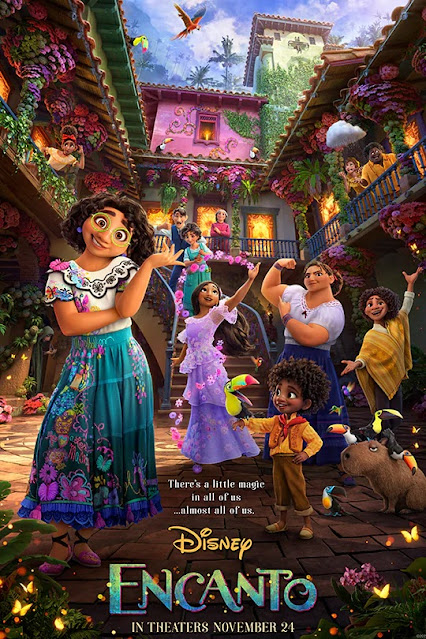 How Mirabel Saved The Madrigals
[By Isaac Carlson] Throughout all of Encanto, Mirabel was at the center of the story fighting to preserve her family and their magic, but along her journey, she discovered a vision from her Uncle Bruno that she would be instrumental in the destruction of her family’s miracle which of course did not surprise her Abuela. For many years Abuela Alma had been convinced that their magic started to die the day Mirabel didn’t get her gift. Abuela had always believed the Madrigals' work and dedication would keep their miracle burning, and each new generation would be forced to take on that burden. Everyone had to constantly be the best version of themselves; they had to constantly be helping everyone around them, and they had to keep fighting for their magic or risk losing it all together, and Mirabel’s apparent failure to receive a gift indicated to Abuela that she was not worthy of their miracle. The Head of Story on Encanto, Nancy Kruse explained that Mirabel was rocking the boat and showing cracks in the balance the family was trying to strike - the one they thought worked fine - so at first they told Mirabel to stop what she was doing. However, Mirabel kept going, not fully realizing yet that her destiny was to destroy the boat they were all in, in order to build a new one that could fit everyone, rather than excluding the people that didn’t. Because of Mirabel, Bruno was welcomed back to their home, Luisa and Isabela were free to be their true selves, and Mirabel was finally seen as a valuable member of their family. In this new era, Mirabel brought together the Madrigals as a team which is why they were able to rebuild their Casita, establish a new foundation for their family, and create a new miracle. By creating something new for their family, the Madrigals were able to be healed again.
▶ Watch the Video
Posted by anim8trix at 12:00 AM