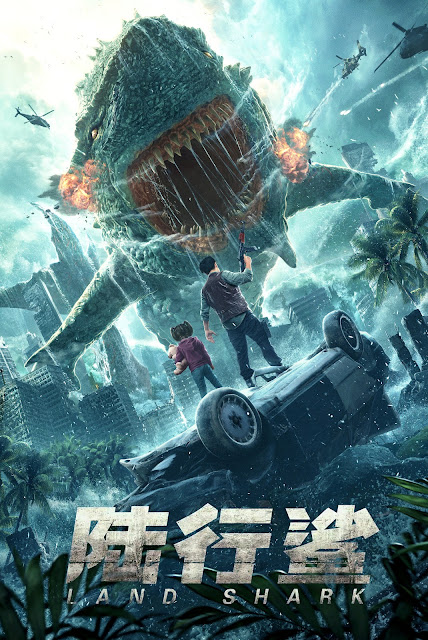 L A N D   S H A R K
Up next from ITN Distribution is a new shark attack creature feature out of China, this one titled Land Shark and centered on, well, a shark… that’s able to exist (and kill)… on land!
▶ Watch the Trailer
A scientific group attempting to genetically modify a shark creates a destructive deadly machine they can’t control. After breaking free from captivity, this new predator goes on a rampage looking for its favorite meal: humans.
Posted by anim8trix at 12:00 AM