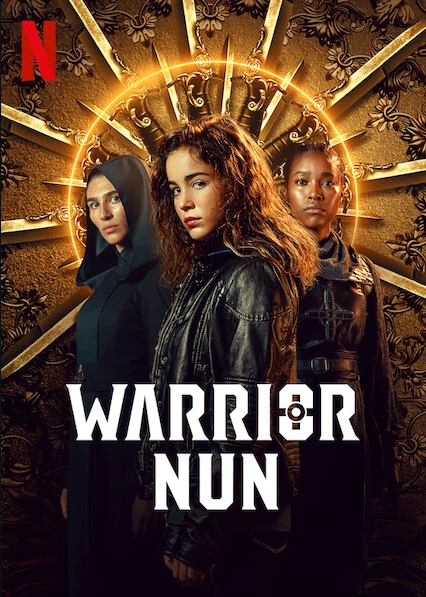 WARRI㊉R NUN: Season 2
[Source: Collider] Netflix has a lot of popular shows returning in the second half of 2022. One of the shows finally coming back for its second season is Warrior Nun. The series, which is based on the popular comic series by Ben Dunn, left fans on a cliffhanger for the last two years. Now, as part of Netflix's Geeked Week, the streamer has released the first teaser for Season 2, revealing Ava’s battle will continue this winter.
▶ Watch the Teaser
The teaser catches up on the story so far with Ava (Alba Baptista) narrating the events that transpired in Season 1. How she died, came back to life with the power of a magical Halo, got superhuman abilities from that Halo, and joined The Order of the Cruciform Sword (OCS) to defend the world from demons. Ava also refers to the massive cliffhanger that Season 1 left us dangling on, which she admits she’s still trying to figure out what happened. The cliffhanger in the last episode saw Ava about to enter battle against Adriel’s army, after Adriel tried to trick Ava into thinking he was an angel earlier in the finale when in fact he was a demon who manipulated the Catholic Church for centuries.
Posted by anim8trix at 12:00 AM