If FROZEN Was A Horror Movie 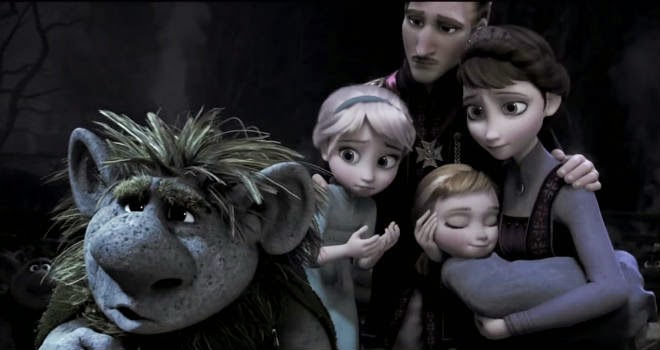 Disney's FROZEN Horror!
[Source: YahooNews] The covers of "Let It Go" and "Love Is an Open Door" that have been uploaded to YouTube seem endless. If you have children, perhaps they have forced you to listen to the soundtrack for weeks on end. And of course thanks to John Travolta, "Adele Nazeem" is now part of the pop culture lexicon.

But the popularity of Disney's animated movie "Frozen" continues to grow, and it appears that the Internet is not yet ready to move on to a new muse. The latest example came Monday, when Bobby Burns posted a trailer edited to turn "Frozen" into a horror film.

No, it was not an infinite loop of "Let It Go." Burns carefully rearranged clips of the musical to tell the story of a Princess Elsa that others are fearful of. Perhaps the most noticeable changes are the music and the meticulously close-up and slow-motion effects. Burns added a very dramatic soundtrack that builds with the video. He also chose certain facial expressions to zoom in on and motions to slow down.

"It's amazing what a simple change of music can do," commented Danial Hallock. Another YouTube user added, "I feel like this is basically just Frozen from Elsa's perspective."

Regardless of how people feel about the "Elsa as a villain" story line, the trailer is getting a lot of attention. It currently has more than 775,000 views.

"I did not expect it to do this at all," says Burns in a thank-you video he posted Thursday to his YouTube channel. "I'm working on a new trailer right now."

He then plays a quick preview of what appears to be a "Star Wars" film trailer. It may be past May the 4th, but maybe the Force is strong with this one after all.
Posted by anim8trix at 12:00 AM