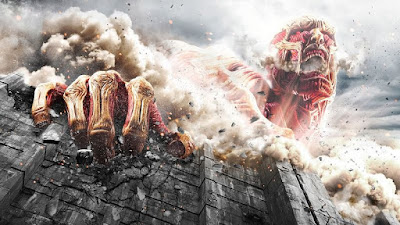 The film, which takes considerable liberties with Isayama’s original, has divided fans and critics, with one writing he hoped the giants would devour all the teenaged protagonists before the credit crawl. Director Higuchi has responded in kind on Twitter, stirring up a media storm in the process.

Last week’s number one, “Hero,” fell to third place while driving total admissions past the two million mark.
Posted by anim8trix at 12:00 AM