The Story of Ilvermorny

Return to the Wizarding World of
-- H A R R Y   P O T T E R --
The Secret History of Ilvermorny
Ilvermorny School of Witchcraft and Wizardry, shortened Ilvermorny, is an American school of magic, which serves as the school for the North American continent. It first appeared in a short story by J. K. Rowling on Pottermore on June 28, 2016, and its first onscreen mention was in Fantastic Beasts and Where to Find Them. The school was founded in the seventeenth century in Adams, Massachusetts, on Mount Greylock, the highest natural point in the state. It is concealed from the non-magic world by enchantments which may sometimes appear as a cloud surrounding the peak. Modeled after Hogwarts, the school has four Houses into which the students are sorted upon arrival. 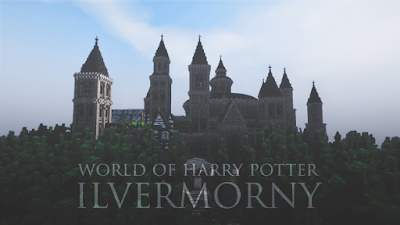 Ilvermorny was founded by Isolt Sayre after she traveled from Ireland via England to North America on the Mayflower in 1620 and named after the cottage in which she had been born. She had not had the opportunity to attend Hogwarts during her childhood, and partially modeled Ilvermorny after what she had heard of Hogwarts, as well as her own imagination. Her first students were her own adopted children, Chadwick and Webster Boot. 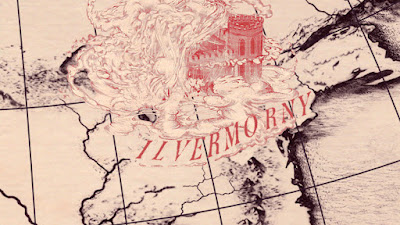 Ilvermorny is divided into four houses: Thunderbird, Horned Serpent, Pukwudgie, and Wampus, each said to represent a different part of the ideal wizard. The names were chosen by Isolt Sayre and her family after their favourite magical creatures. Chadwick being "intelligent but also temperamental" chose the Thunderbird, his brother Webster "argumentative and fiercely loyal" chose the Wampus. Isolt herself was a Parselmouth and chose the Horned Serpent, and her No-Maj (Muggle or non-magical) husband James Steward picked the Pukwudgie, since Isolt's stories about one made him laugh. Ilvermorny has no house colours, but every student wears blue and cranberry robes, fastened by a gold Gordian Knot. 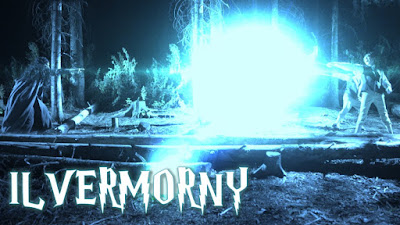 The Sorting process is also different to that of Hogwarts. While the rest of the school watches from the circular balcony overhead, new students file into the round entrance hall. They stand around the walls and, one by one, are called to stand on the symbol of the Gordian Knot set into the middle of the stone floor. In silence the school then waits for the enchanted carvings to react. If the Horned Serpent wants the student, the crystal set into its forehead will light up. If the Wampus wants the student, it roars. The Thunderbird signifies its approval by beating its wings, and the Pukwudgie will raise its arrow into the air. Unlike Hogwarts, more than one Ilvermorny house can claim a student; when two or more carvings react, the student is entitled to choose their house. 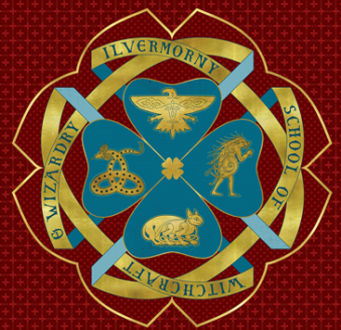