Inside Fukushima: After the Nuclear Disaster 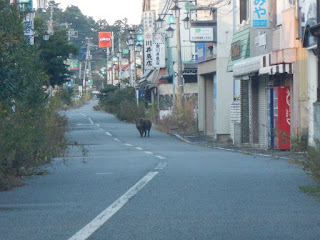 Inside Fukushima:
What Happened After the Nuclear Disaster?
The Fukushima Nuclear Disaster is unimaginable in scale. 8 years later in the midst of a $27bn decontamination effort, we explore inside the disaster zone and meet the locals to uncover the situation in Fukushima; past, present and future.

▶ Watch the Documentary
Not a day's gone by in 8 years that I've not heard the word Fukushima. It's difficult to grasp the scale of the disaster, but I gave it my best shot in this documentary. It’s crazy to think before 2011, Fukushima was one of Japan’s least known places, and all of a sudden overnight it became synonymous with the second worst nuclear disaster in history. I've often considered making a video on the subject - it's been amongst the most commonly requested by viewers - but only now that vast areas have been decontaminated did I feel comfortable with the idea of going in. Like most people here, you become desensitised to hearing about it. You forget the scale of what happened and what’s at stake. Having travelled through Fukushima almost every month for the last few years now, I’d still never gone within 70km of the disaster zone and never come close to witnessing the reality of the massive clean up operation. With that in mind, it was quite the shock to arrive in the region and see hundreds of trucks and diggers at work terraforming the landscape, and thousands of black bags of contaminated soil piled high and blanketing the luscious countryside. During my two day trip, I tried to capture as much as I could to tell the story of the past, present and future of the Fukushima disaster zone and I hope in this video you can learn something from my journey and the stories of the people we met along the way. It certainly tested my skills as a vlogger! Overall, I’m glad I finally saw it all with my own eyes, after reading about it in hundreds of newspaper articles over the years. I feel like I appreciate the situation far better having witnessed it in person, and I’m certainly not ruling out re-visiting in the future. And finally a special thanks to my guide Fumito Sasaki, who’s knowledge of the disaster zone was invaluable in producing this documentary. His tours to the area are incredibly insightful to understanding the scale of the disaster. For those of you interested, he runs a highly educational 2 Day Overnight trip (https://bit.ly/31YBQe0) and a shorter One Day Trip (https://bit.ly/2Mumo2T) into the disaster zone from Tokyo.
- Abroad in Japan
Posted by anim8trix at 12:00 AM