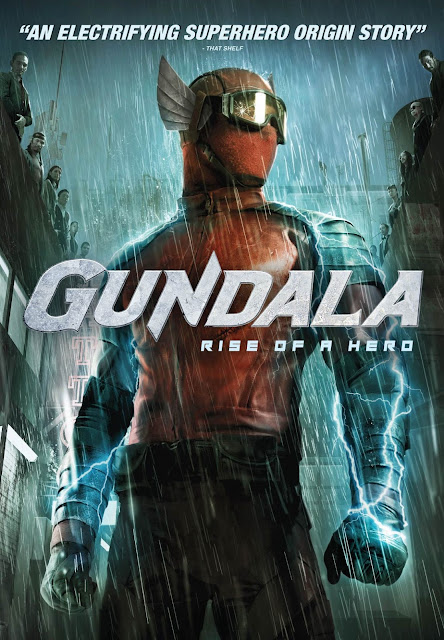 G U N D A L A
Martial-arts film Gundala, about the origins of a young man's crimefighting career as the title character, is an adaptation of Indonesian comic-book creator Harya Suraminta's electric superhero. Blending Indonesian fighting styles with tropes of the superhero genre, the film is packed from beginning to end with hard-hitting martial-arts action sequences, while keeping audiences engaged by its cast of characters.
▶ Watch the Trailer
The film opens with a young boy named Sancaka, who watches as his factory worker and social activist father is killed during a riot against the authorities. Sancaka displays strange, electricity-based powers subconsciously, and soon runs away from home to learn martial arts from a traveling orphan. As an adult, Sancaka becomes a security guard, but after Jakarta descends into a violent crime wave largely orchestrated by a powerful crime lord, Sancaka is struck by lightning, resulting in his latent superpowers developing in earnest. This leads him to create the superhero persona of Gundala -- Javanese for "thunder" -- so he can use his gifts to fight crime and protect those he loves.
Posted by anim8trix at 12:00 AM