AKIRA's Impact on the World 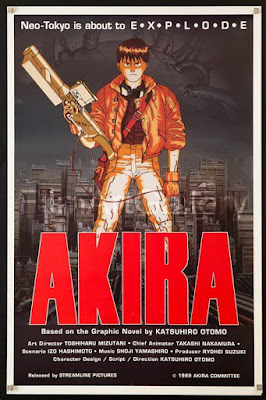 The Impact of AKIRA
The Film that Changed Everything
[Source: Mangauk.com] On its explosive arrival in the West, Akira crossed the Pacific to catch the generation that grew up on the films of Spielberg and Lucas; it was also the generation that read adult superhero strips such as Watchmen and The Dark Knight Returns. Akira, though, offered the shock-and-awe widescreen violence akin to that of enfant terrible live-action director, Paul Verhoeven. For example, both Akira and Verhoeven’s Robocop (1987) have a gory money-shot scene in their early minutes, in which a luckless bit-part player is graphically torn apart by a hail of bullets. Unsurprisingly, such imagery excited reviewers.
{Continue Reading]
Posted by anim8trix at 12:00 AM