Trailer for 'Attack on Titan' Season 2 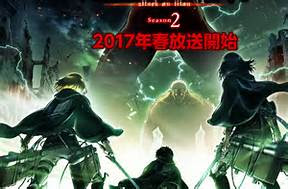 'Attack on Titan' is returning with
a new season April 1!
Eren Jaeger swore to wipe out every last Titan, but in a battle for his life he wound up becoming the thing he hates most. With his new powers, he fights for humanity’s freedom facing the monsters that threaten his home. After a bittersweet victory against the Female Titan, Eren finds no time to rest—a horde of Titans is approaching Wall Rose and the battle for humanity continues! See a glimpse of the new season here in this official promotional video from Kodansha!


Catch up on Season 1 at Funimation.com/attackontitan
Posted by anim8trix at 12:00 AM