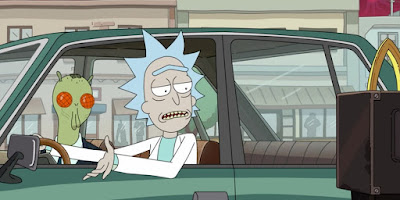 RICK & MORTY
[Source: ToonZone] Have we just witnessed the first-ever successful campaign by a cartoon to bring back a fast food product? When is McDonalds Szechuan Sauce coming back, and for how long?

As revealed during the Rick & Morty Season 3 premiere on April Fool’s Day, Rick is apathetic toward most things and existence in general. But if there’s one thing within this cold universe he’s passionate about, it’s the Szechuan sauce that came with McNuggets to promote the movie Mulan in the summer of 1998.

Just as Season 3 of Rick & Morty wrapped up, McDonalds finally announced the return of Szechuan Sauce — sort of. The promotion is being couched inside another promotion for a new kind of chicken tenders with buttermilk batter, and Szechuan is just one of nine sauces from the past McD’s is resurrecting for one day.

Yup….just one day. The promotion will begin at 2 PM nationwide at selected branches and continue until supplies run out. It is likely they Szechuan will run out first and the employees will have to keep telling people “no, but we have these other eight sauces” endlessly until their shifts end. So if you’re curious why this kind of sauce would make Rick drool so much, be sure to get there early.

McDonalds seems be going out of its way to pretend Rick Sanchez had nothing to do with this, but it’s pretty obvious. Last month, the company sent out three jars of Szechuan to fans who won a special contest — said contest took place the night Rick & Morty started running new episodes. A tub was also sent to R&M co-creator Justin Roiland.

To find out which McDs outlets are taking part in the promotion, use this website. The site is for the entire chicken campaign, but they know what you came for. The restaurants that have Szechuan have been specifically marked, and no other sauce was given the privilege. 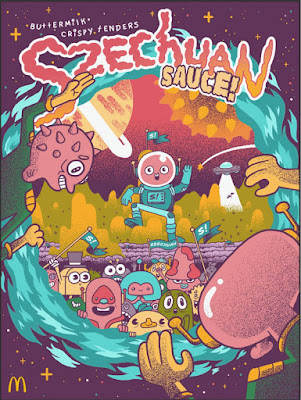