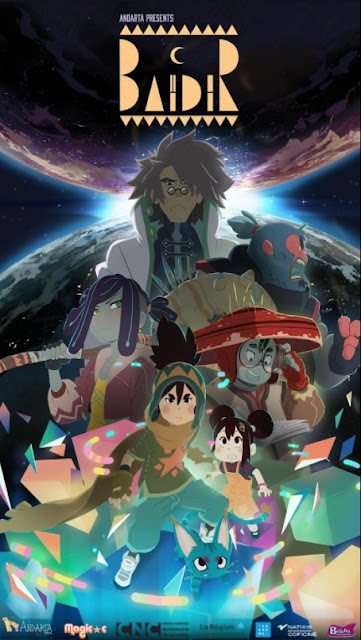 B A Ï D I R
Baïdir is an ecological space-opera animated series
It tells the initiatory path of a hero willing to do anything to locate his sister, and thus restore the family’s lost balance. It is also a story that echoes a much broader collective quest. At stake: restoring our planet’s lost environmental equilibrium.

Baïdir is a series designed to span three parts, each composed of 8 episodes of 26 minutes. The genre varies from adventure to science fiction with a good dash of fantasy.

Born from the imagination of Slimane Aniss, then enriched by the graphic universe spun by Charles Lefebvre and Thierry Rivière, Baïdir got its first teaser in 2009. Several years later, in 2012, the concept for the series was purchased by a first production studio. This resulted in a second teaser being hatched.

Then several years after that, Andarta Pictures managed to acquire the rights to the work. At long last, work could begin on building the narration and the universe, thus allowing it to take shape for the television screen.