When art transports us, where do we actually go? 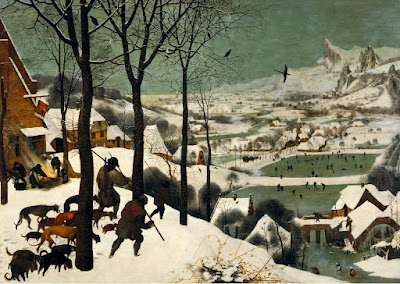 An old Chinese legend tells of the painter Wu Daozi (680-c760), who learned to paint so vividly that he was finally able to step inside his work and vanish into the landscape. Magical though it sounds, this legend iterates the common intuition that artworks are more like portals than ordinary objects: they can transport us into other worlds. When I look at Pieter Bruegel’s The Hunters in the Snow (1565), I feel like I was there in the frost-bitten village, rather than the galleries of the Kunsthistorisches Museum in Vienna. When reading Crime and Punishment (1866), the letters on the page conjure a whole world, and in some sense I am no longer in my living room but right there in Dostoevsky’s Russia; the cinema, too, is a gateway to faraway galaxies and past centuries. 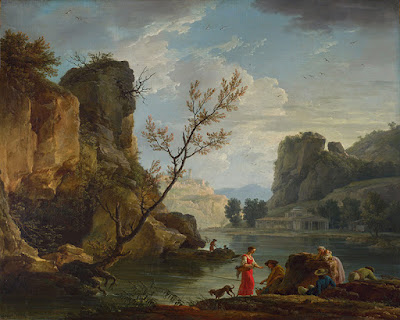 Even non-representational works can take hold of us, like the breathing colour fields of Mark Rothko’s paintings or the beautiful ambience of Max Richter’s music. Sometimes, artworks have such a magnetic pull that we forget the actual world around us and lose our sense of time and place, of other people – and sometimes even of ourselves. The French art critic Denis Diderot (1713-84) called such immersive experiences ‘art at its most magical’. Once a painting by Claude-Joseph Vernet (1714-89) pulled Diderot inside a pastoral river scene so completely and enjoyably that he compared the experience to a divine mode of existence:

Where am I at this moment? What is all this surrounding me? I don’t know, I can’t say. What’s lacking? Nothing. What do I want? Nothing. If there is a God, his being must be like this, taking pleasure in himself.
No wonder, then, that there is a certain sense of wistfulness when it all ends, when the lights come up or the last page is turned, and we find ourselves back where we were, forced to carry on with our daily lives.

The idea of artworks as portals to other worlds dates back several centuries, and it has become a commonplace way of talking about our experiences with art. In Pictures and Tears (2001), the art historian James Elkins called it the ‘travelling theory’ of aesthetic experience. The obvious problem with this theory, however, is that it sounds terribly metaphorical. In reality, I never leave my place in physical space. I’m there in the gallery, the auditorium or on my sofa all along. Try as I might, I cannot enter Bruegel’s landscape by touching the canvas, nor can I run into the world of Hamlet by running onto the stage. The artwork allows me only to peer as if from a threshold, where I can see inside but never enter. Here we face what I call the paradox of aesthetic immersion: when I’m immersed in artwork, I seem to go somewhere without going anywhere, and I seem to be in two worlds at once, and yet I’m not properly in either. So what kind of ‘travelling’ are we talking about?
▶ Read the Full Article HERE
Posted by anim8trix at 12:00 AM