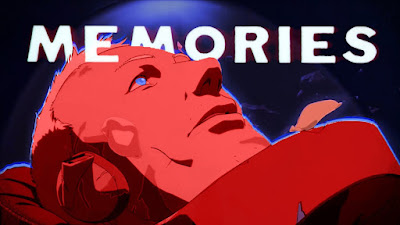 The Rise and FALL of STUDIO 4℃
Studio 4°C Co., Ltd. (株式会社STUDIO 4℃, Kabushiki-Gaisha Sutajio Yondo Shī, stylized as STUDIO4℃) is a Japanese animation studio founded by Eiko Tanaka and Koji Morimoto in 1986. The name comes from the temperature at which water is most dense.
Studio 4°C has produced numerous feature films, OVAs, and shorts. Early film titles include Memories (1995), Spriggan (1998), and Princess Arete (2001). In 2003, through a joint production with Warner Bros., Studio 4°C created five segments of The Animatrix. The following year, they created the award-winning avant-garde film Mind Game. Studio 4°C's next film Tekkon Kinkreet (2006), won six awards, including Best Animated Film at the Fantasia 2007, Lancia Platinum Grand Prize at the Future Film Festival, and Japan Academy Prize for Animation of the Year. It was also submitted for 2007 Oscar in Animated Feature Film category of Academy Award in USA.
▶ Watch the Video
The year 2007 saw the release of the anthology film Genius Party, a collection of seven short films. Genius Party Beyond, a collection of five short films, was released the following year, as was Batman's side story Gotham Knight, and the OVA series Detroit Metal City. The following year First Squad: The Moment of Truth was awarded at the Moscow International Film Festival. In February 2010, they contributed two shorts to the anthology Halo Legends: "Origins", and "The Babysitter".
Posted by anim8trix at 12:00 AM