Kirstie Alley Has Passed Away at Age 71 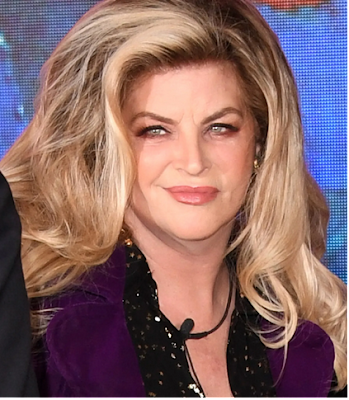 In 2016, Alley participated in the Star Trek 50th Anniversary Con in Las Vegas where she talked about being a part of 1982's Star Trek II: The Wrath of Khan, in which she played Saavik, Spock's protégé and Starfleet commander-in-training. The film was Alley's first professional acting gig, which she admitted she got by making up her credentials.

The iconic TV and film actress died Monday. She was 71.

"When I did Star Trek II, before that I had done nothing, and I had faked my résumé," she said. "I'm sure everyone knew it, but I thought it sounded good."

Calling Khan director Nicholas Meyer her biggest career "champion," Alley said he kept auditioning her for the Saavik role, so studio executives would see what he saw in her.

"I was up against a lot of people who had a lot of work," she recalled at the event. "And then in the final, hour, he gave me the role." 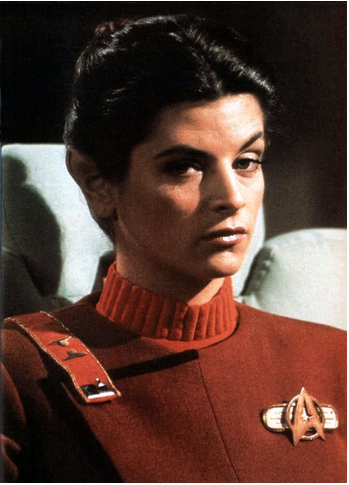 Alley noted that amid the auditions, her parents were in a serious car crash in which her mother was killed and her father was severely injured. She flew back home to Kansas to be with her dad in the hospital. She told her agent she would not come back to read again until she knew her dad was okay. Rather than just pass on her, Meyer said he would wait, the actress said.

"It still makes me want to start crying because, 'Okay. We'll wait for her' — that girl who's done nothing except clean people's houses," Alley said. "It was amazing he did that."

As for the production, Alley said the late Leonard Nimoy was an "icon" to her who she adored from watching the original Star Trek TV series.

"My friends would make fun of me because my eyebrow goes up at certain points and I have no control over it," she said. "So, I would watch and when Mr. Spock would come on, I would say, 'Wow. If I was ever an actress, I could play Spock's daughter.' When I met him, he was an icon to me, and I was incredibly impressed."

Alley also noted that she was not acting during Spock's funeral scene. "I just started crying because I thought it was sad that Spock died when we were shooting the scene," she said. "It was so surreal and so sad. I just started crying and they used it. It wasn't some big dramatic coup. I was really sad."

On Monday evening, shortly after news of her death broke, William Shatner paid his respects via social media.

"Saddened to hear of the passing of @kirstiealley. Condolences to her family & friends," the Capt. Kirk actor wrote on Twitter.