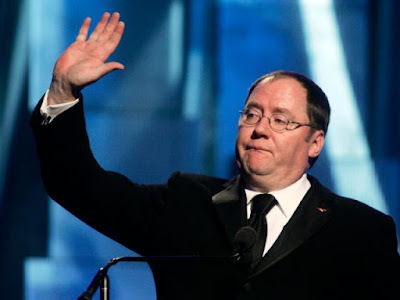 Disney animation chief John Lasseter steps down
[Source: AnimeNewsNetwork] The Hollywood Reporter reported on Friday that John Lasseter, chief creative officer of Pixar Animation Studios and Walt Disney Animation Studios, is leaving the company at the end of this year, until which time he will serve a new consulting role with the company.
In a statement, Lasseter said that he has "decided the end of this year is the right time to begin focusing on new creative challenges."

Lasseter announced a six-month leave of absence in November following various news outlets' reports of Lasseter's alleged sexual misconduct within the company. Lasseter's memo to the staff regarding his leave of absense acknowledged "difficult conversations" and "missteps."

Lasseter directed Toy Story, Toy Story 2, and Cars, and has also overseen and is credited as producer or executive producer for all of Pixar's films. Lasseter is a noted friend of Studio Ghibli co-founder and director Hayao Miyazaki, and Lasseter directed the English dub or executive-produced the English releases of several Ghibli films, including Spirited Away, Porco Rosso, and Ponyo.
Posted by anim8trix at 12:00 AM