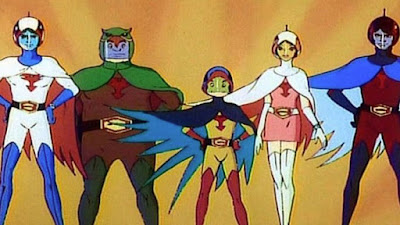 BATTLE of the PLANETS
[Source: deadline] At Comic-Con, the Joe and Anthony Russo announced projects that their AGBO Studios are in development on: an adaptation of the 1978 Japanese anime series Battle of the Planets and an Amazon series based on the graphic novel Grimjack Comics.

Battle of the Planets was originally created by Tatsuo Yoshida and Tatsunoko Studios and was arguably the first mainstream glimpse for U.S. audiences into Japanese anime during the late 1970s. In addition, it was one of the few sci-fi cartoons during that era. The series follows five young orphans who are trained from a young age to form an elite, intergalactic team known as G-Force, swearing to protect Earth and its allies from otherworldly invading forces. 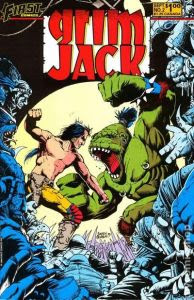 Grimjack Comics is being developed at Amazon by AGBO, Halfire and being written by Kevin Murphy, the creator of Defiance, Heathers the Musical and Reefer Madness. The Grimjack Comics graphic novel was written by John Ostrander and Tim Truman, and is the story of a mercenary and his crew who are forced to dig into their own pasts when Grimjack’s estranged teenage daughter comes to him looking for help. This will take them through the insane streets of Cynosure, a mysterious city where all parallel universes intersect. There, this unlikely team fights to save not just themselves, but all the planes of existence.