Return to Pandora in a New 3D Game 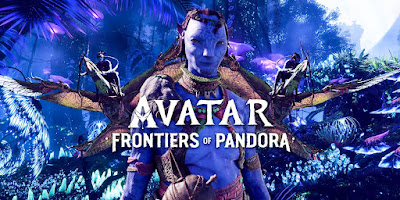 AVATAR: Frontiers of Pandora
Avatar: Frontiers of Pandora is an upcoming open-world, first-person, action adventure video game based on James Cameron's Avatar film series. The game is being developed by Massive Entertainment and will be published by Ubisoft on Microsoft Windows, PlayStation 5, Xbox Series X/S, Amazon Luna and Google Stadia in 2022. Players take control of the Na’vi and embark on a journey across the Western Frontier, a never before seen region of Pandora, and must push back the forces of the RDA, who seek to threaten it.
▶ Watch the Trailer
Posted by anim8trix at 12:00 AM