ONE PIECE LIVE-ACTION
The “One Piece” live-action series at Netflix has cast five of its main roles. 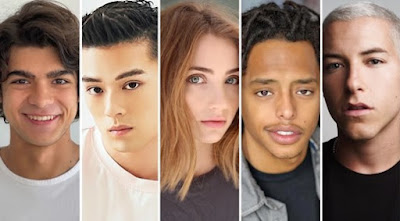 Based on the iconic manga “One Piece” which centers on Luffy, a young man who embarks on a journey to become king of the pirates and find the fabled treasure known as “One Piece.” The show was ordered for 10 episodes at Netflix back in January. In addition to the manga, there are 20 seasons of the “One Piece” anime series with nearly a thousand episodes along with 14 animated movies.
▶ Watch the Video
Posted by anim8trix at 12:00 AM