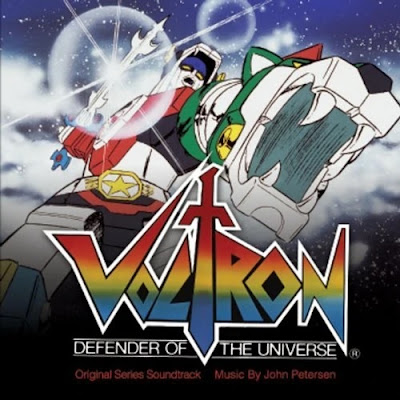 VOLTRON: Defender of the Universe
Voltron: Defender of the Universe was an animated series that aired in syndication in the US from September 10, 1984, to November 18, 1985.
The original intention was that it would be 3 seasons made up of 3 different imported Japanese cartoons. The 3 series were Future Robot Daltanious (未来ロボ ダルタニアス, Mirai Robo Darutaniasu), Armored Fleet Dairugger XV (機甲艦隊ダイラガーXVフィフティーン, Kikō Kantai Dairagā Fifutīn, "XV" read "Fifteen") and Lightspeed Electroid Albegas (光速電神アルベガス, Kōsoku Denjin Arubegasu).
But a funny thing involving a different Japanese show called Beast King GoLion (百獣王ゴライオン, Hyaku Jūō Goraion) happened along the way.
Voltron: Defender of the Universe was the top-rated syndicated children's show for two years during its original run, and it spawned three follow-up series, several comic books, and a line of toys.
And for all the smart guys on the comments: we're aware Voltron Force exists. This video tells the story of the original series and Voltron Force has no significant relevance to it. As stated in the disclaimer, it may get its own video some day.
▶ Watch the Video
Posted by anim8trix at 12:00 AM