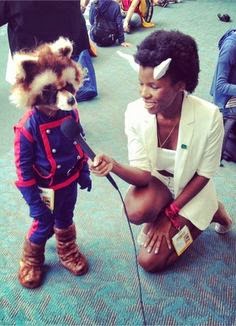 Blast off to the club meeting!
Appleseed Alpha the Movie @ 3:05 pm

ANIME DESCRIPTIONS ARE BELOW -- Watch the awesome ending of Wizard Barristers and the new CGI movie Appleseed Alpha! 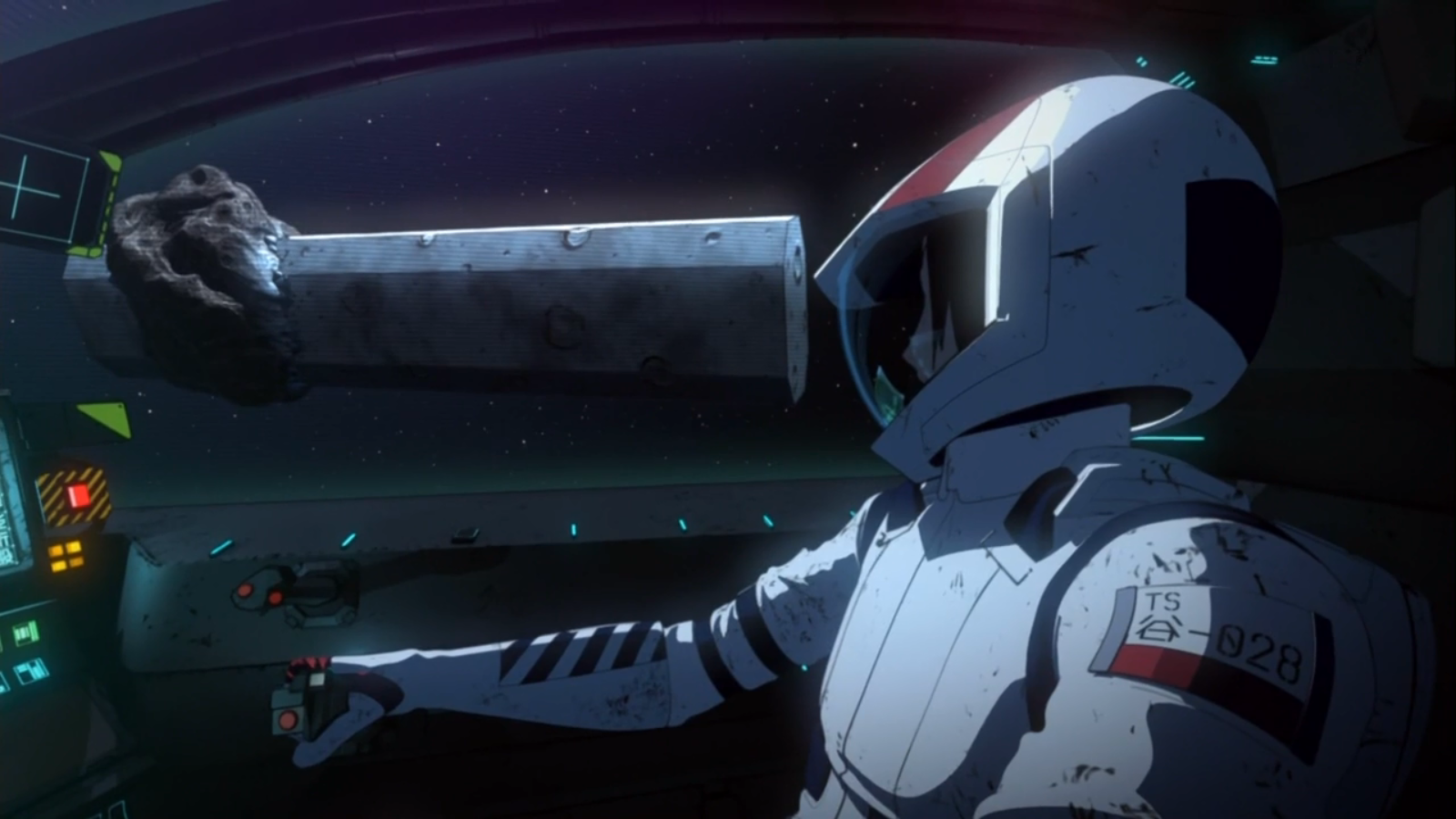 Plot Summary: [Source: Wikipedia] The story is set in a distant future, a thousand years after humans flee from Earth, after it was destroyed by shapeshifting gigantic alien monsters called Gauna, aboard massive spaceships created from the remains of the planet. One of said ships is Sidonia, which has developed its own human culture closely based on that of Japan where human cloning, asexual reproduction, human engineering such as human photosynthesis are commonplace. With a population of over 500,000 people, Sidonia is arguably the last human settlement remaining as the fates of the other ships are unknown. Little is known about the true nature of the Gauna or their reasons to attack mankind. Each Gauna has its core protected by a huge mass of an almost impregnable material known as the "placenta", most commonly called "Ena," and once the placenta is shed away and the core is wounded beyond repair, the Gauna's body disintegrates. Sidonia is defended by large mechanized weapons called Gardes whose weaponry and mobility is powered by "Heiges particles", armed with a high output cannon for long range assaults and a special spear known as "Kabizashi" for close combat, which is made of an elusive material that can easily destroy a Gauna's core. Later the Guardians are also equipped with firearms whose ammo have the same material of the Kabizashi after a means to artificially mass-produce it is discovered. Most people in the surviving human population are screened and drafted as Guardian pilots at a young age, if they are shown to be capable of piloting them.

Plot Summary: [Source: Wikipedia] Long ago, human civilization had lived on the oceanfloor. However, there were many humans who wanted to live above the surface and they moved to land creating a fundamental separation between the two. After their school closes down, four middle school students from the sealand have to go to school on the mainland. This is about their lives as they adjust to a new environment and the relationships with each other.
Episode 12 "I Want to be Kind": As preparations are made for both the Ofunehiki and Akari's wedding, Tsumugu accompanies Manaka and Chisaki to the city to choose her wedding dress when Tsumugu has a brief encounter with his mother and he seems displeased upon seeing her. Meanwhile, Akari has a short meeting with her father and expresses her will to have with Itaru and Miuna the same happiness he provided to his children after his wife passed away. Back to Shioshishio, Hikari and his friends learn that those younger than them are already entering into hibernation and despite their efforts to delay the process, it is a question of time for the same to happen to them as well. Once reliving some of their memories from their old school, Kaname asks Hikari about his feelings for Manaka in front of the girls, and he finally confesses to her. A surprised Manaka runs away and Hikari chases after her, but Chisaki stops him for a while, and after confessing her feelings for him as well, she asks him to go after her. While running away from the village, Manaka ends up trapped again into Tsumugu's fishing net and she meets him.
Episode 13 "Unreachable Fingertips": After a brief talk with Tsumugu, Manaka returns home and meets Hikari. In the occasion, Hikari reaffirms his feelings for her and she claims that have something important to tell him after the Ofunehiki. On the day of the ceremony, the rest of Shioshihsio is about to hibernate when Hikari and his friends help in the fishermen take Akari to the sea god as planned when Uroko lights the way for them. Suddenly, the boats are surrounded by whirlpools and both Akari and Tsumugu fall at the sea and are pulled down. While Chisaki and Kaname dive to rescue Tsumugu, Manaka rescues Akari and decides to offer herself instead. Hikari rescues his sister but fails to save Manaka as well. Meanwhile the boat carrying Kaname, Chisaki and Tsumugu makes a fast maneuver to avoid a pillar falling onto them, but Kaname falls in the occasion and his fate is uncertain, while a strange barrier covers the entire Shioshishio. 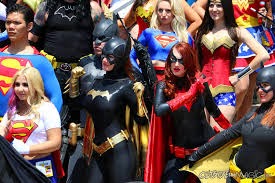 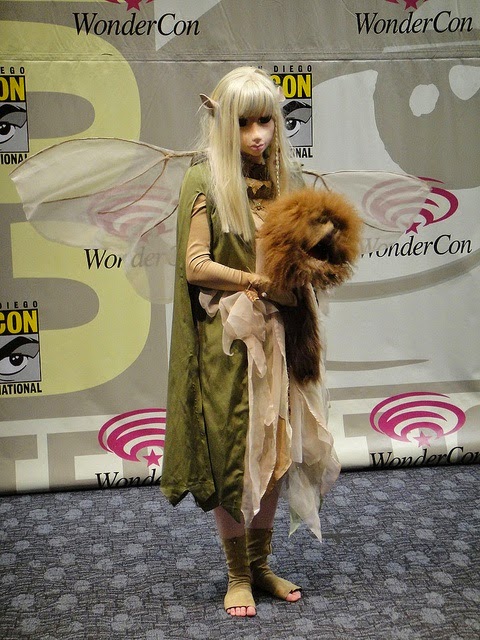 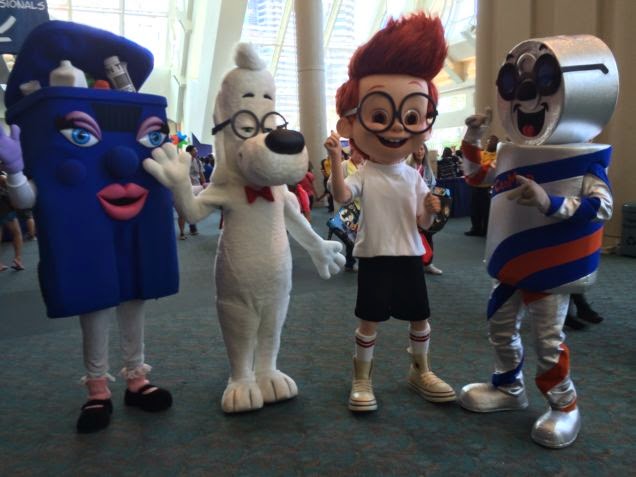 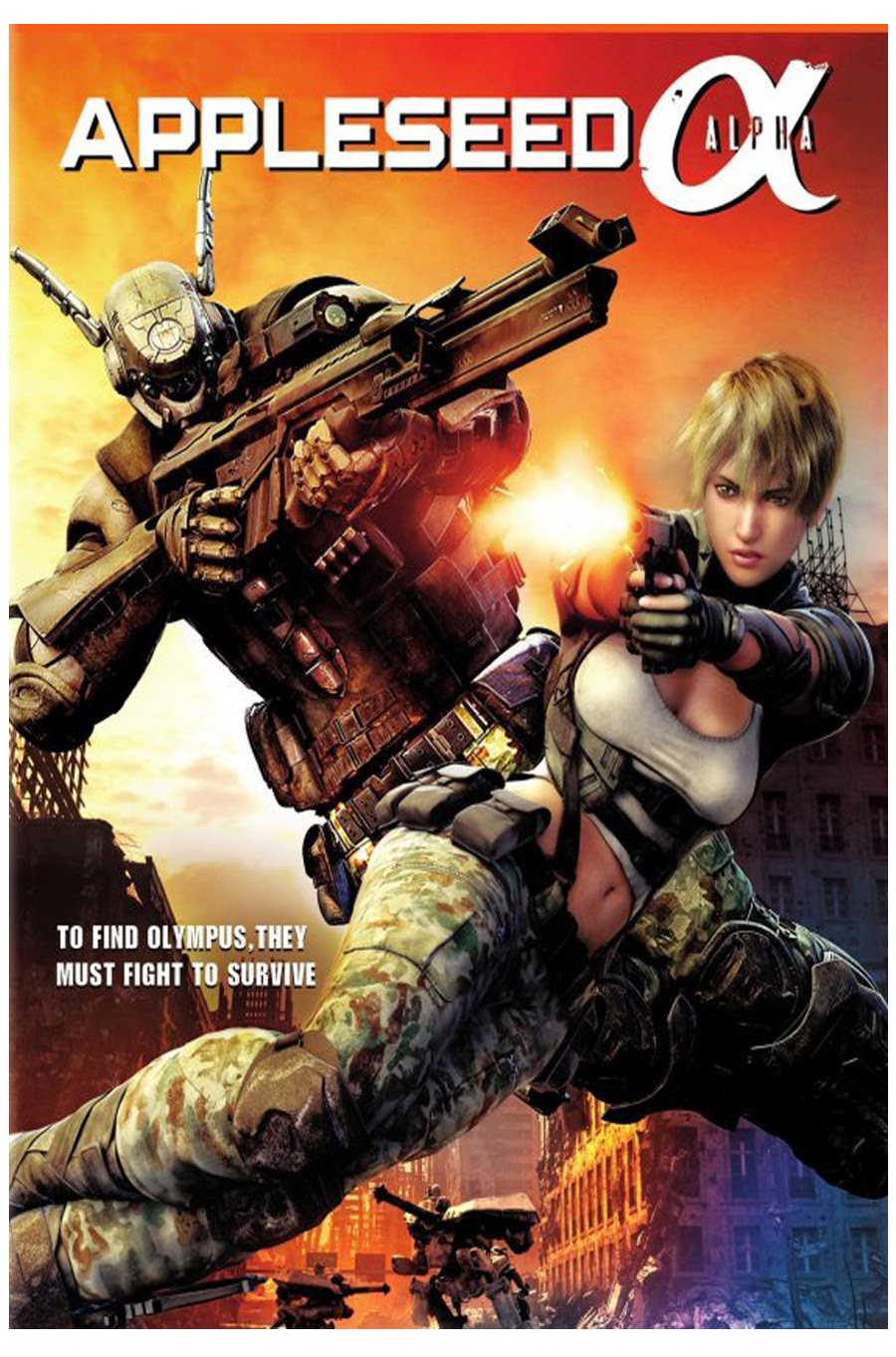 Plot Summary: [Source: Wikipedia] Appleseed Alpha depicts the early days of Deunan Knute and Briareos in the 22nd century, as they embark on a journey throughout dystopic ruins of New York in search of the city of Olympus. They are hired by Two Horns, the warlord of the ruined city, to eliminate bipedal combat machines. During the fight, they encounter Iris (voiced by Brina Palencia) and Olson, both on a mission. Deunan and Briareos befriend them and decide to join their mission. Iris is tasked with preventing the malevolent cyborg Talos from capturing a secret weapon humans were building. Talos uses Iris to activate the gigantic war machine.
Posted by anim8trix at 12:00 AM