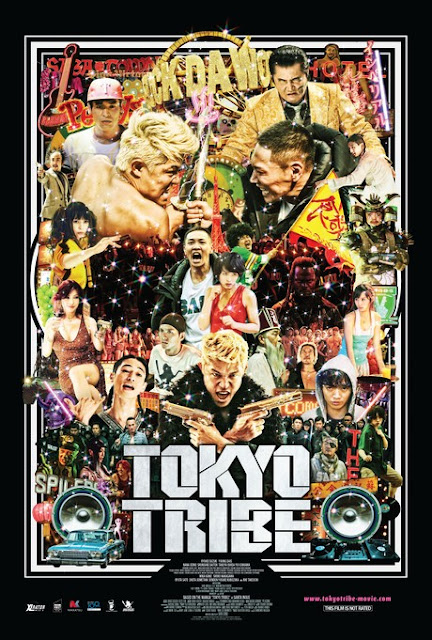 T  O  K  Y  O     T  R  I  B  E
In a futuristic Japan, territorial street gangs form opposing factions collectively known as the Tokyo Tribes. When one of the gang leaders breaks the fragile peace, it triggers a brutal street war for supremacy. Based on a popular Manga series and told almost entirely in rap verse, TOKYO TRIBE is an ingenious mash-up of Yakuza gang violence, martial arts action and hip-hop musical. DIRECTED BY: Sion Sono (Shion Sono)