Who do you think should play Kim Possible? 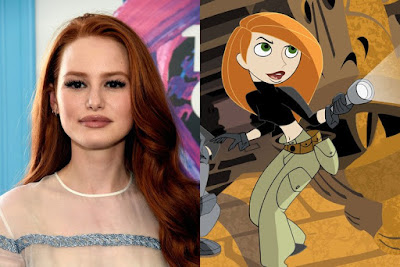 Madelaine Petsch might be Possible
[Source: TeenVogue] Earlier this week, the Disney Channel announced it was making a Kim Possible live-action movie — and that it had begun the casting process. "Call me, beep me, if you want a #KimPossible DCOM! Casting has just begun for live-action Kim Possible @DisneyChannelOriginalMovie. Who would you love to see play Kim?" a caption on the network's Instagram page read.

This question immediately led people to begin speculating over who could play the movie's protagonist. The initial suggestions included The Mummy's Sofia Boutella and Game of Thrones' Sophie Turner. But BuzzFeed also spotted another suggestion being thrown around on Twitter: Riverdale's Madelaine Petsch.

People have actually been calling for a Kim Possible played by Madelaine since before the movie was even announced. "Concept: a live-action Kim Possible with @madelainepetsch and @YaraShahidi as Kim and Monique," Self social media editor Taylyn Washington-Harmon wrote on February 2 in an extremely prescient tweet. Some fans are going as far as to beg Madelaine to play Kim Possible. As for the role of Ron Stoppable? Twitter is nominating none other than Spider-Man Tom Holland to play the sidekick for once.
Posted by anim8trix at 12:00 AM