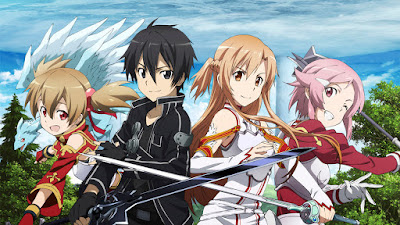 Will Asian Characters be "Whitewashed"?
[Source: GameSpot] The issue of whitewashing is one that's plagued TV and film for years, and yet it never seems to stop. Whether it's Tilda Swinton being cast as the Ancient One--typically portrayed as an Asian man in the comics--in Doctor Strange or Jennifer Lawrence playing Katniss Everdeen in The Hunger Games--despite the books describing the character as having olive skin and black hair, it's something that's all too common.

However, Altered Carbon executive producer Laeta Kalogridis is preemptively shutting down any notion of whitewashing on her next project. Kalogridis is currently working on a live-action adaptation of the Japanese light novel series Sword Art Online, which will be available via Netflix, and she's planning to cast the series appropriately.

Speaking to Collider, she clears the air immediately. "Well, let's get the obvious bit out of the way, right away. SAO is an essentially Japanese property, in which Kirito and Asuna, who are the two leads, are Japanese. In the television show, Kirito and Asuna will be played by Asian actors," she says. "When I sold it to Netflix, we were all on the same page. They are not interested in whitewashing it, and I am not interested in whitewashing it."

That said, the adaptation will have a global feel, thanks in part to the property it's based on. The original light novels are set in a near future, with most of the story taking place in a virtual reality MMORPG.

"In terms of the secondary characters, because the game is meant to be global, the way it's presented in the anime and in the light novels, there are secondary characters that clearly are from other parts of the world, like Klein and Agil," Kalogridis says. "To me, it's very obvious when you watch it that you're meant to take that this game spans the globe, but Kirito and Asuna are very clearly located as kids from Japan, and Tokyo, if I'm not mistaken. That is what we will be doing because that is the story."

At this point, there is no announced release date for Netflix's take on Sword Art Online. If you want to familiarize yourself with the series, though, in addition to the light novels, there are manga and anime adaptations you can check out. In fact, you can stream the anime on Netflix.
Posted by anim8trix at 12:00 AM