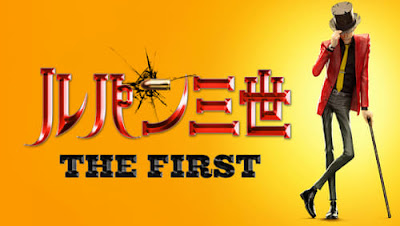 Lupin III: THE FIRST
[Source: AnimeNewsNetwork] TOHO began streaming a trailer and teaser for Lupin III THE FIRST, the new anime film in Monkey Punch's Lupin III franchise on Wednesday. The teaser reveals new cast members for the film, and also reveals the film's story, which centers on Lupin teaming up with a woman named Leticia to steal the Bresson Diary, a treasure that even the first generation Arsène Lupin could not steal.

The new cast members include (Note: Character name romanizations are not official.):
The film is the franchise's first 3D CG feature-length film. It will open in Japan on December 6. Takashi Yamazaki (Stand By Me Doraemon, Dragon Quest: Your Story) is directing and writing the film. 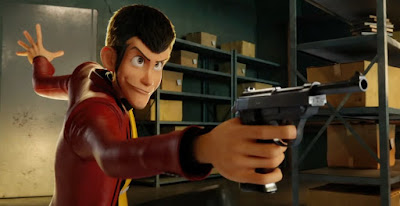 Lupin III creator Monkey Punch recently passed away on April 11, but the film's website posted an October 2018 message in which he had expressed his excitement over imagining how this fresh take on his character would turn out. The tagline on the website reads, "Well, let's get started."

Lupin the IIIrd: Fujiko's Lie (Lupin the IIIrd: Mine Fujiko no Uso) is the most recent film in the franchise, and it opened in Japan on May 31. The film ranked at #1 in the mini-theater rankings in Japan in its opening weekend. TMS Entertainment screened the film at Anime Expo on July 6.

The film is the third film in a series consisting of 2014's Lupin the Third: Jigen's Gravestone and 2017's Lupin the IIIrd Chikemuri no Ishikawa Goemon. Takeshi Koike directed all three films, and Yūya Takahashi wrote the scripts.

Lupin the Third: Part 5 is the most recent television anime in the franchise. The anime premiered in NTV's AnichU programming block in Japan in April 2018. Crunchyroll streamed the series in Japanese with English subtitles as it aired in Japan. TMS Entertainment USA offered the series' first 12 episodes for digital purchase in the U.S. on iTunes, Google Play, and Amazon Digital last November. Adult Swim's Toonami block began airing the anime on June 15.