'Weathering With You' gets Oscar Entry 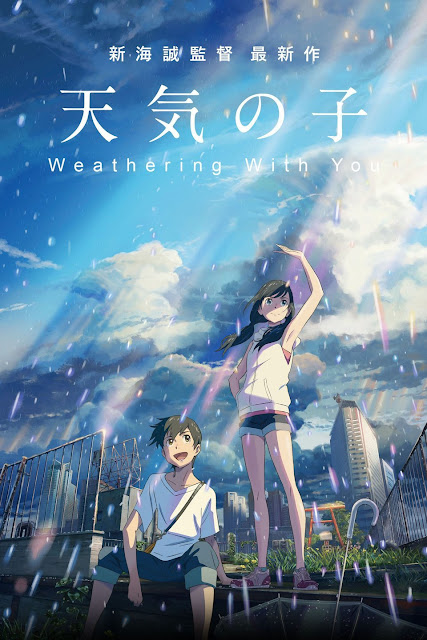 The official preview for the Your Name helmer’s new film teases the fantastical tale of a high school freshman, Hodaka, who runs away from his remote island home to Tokyo, where he wears himself thin both financially and emotionally. The city’s gloomy weather mirrors his personal state, until he meets a mysterious young woman, Hina, who possesses the supernatural ability to stop the rain and clear up the sky — and his mood — with her powers.

Like Your Name before it, Shinkai’s latest film has become a smash hit in the filmmaker’s native Japan, earning over $123 million at the national box office to become one of the country’s highest-grossing films of all time.

The film was produced by Shinkai’s frequent collaborator Genki Kawamura, who, after the $358 million global success of Your Name, went on to produce other anime hits, including 2017’s Fireworks and Mamoru Hosoda’s Oscar-nominated Mirai in 2018. Weathering With You will also compete for the Best International Feature Oscar as Japan’s official submission.

“I personally am not very interested in awards or the awards circuit,” Shinkai previously told EW when Your Name was in contention for an Academy Award nomination. “Being in the position that I am, frankly, kind of takes away from what I really want to do, which is go back and make movies. I think [awards are a] testament to all of the fans and staff that helped support the movie and helped create it and have been with me throughout my entire career. Being in a position where I can receive an award is really a validation to them and a huge thank you to them, more than anything.”

Weathering With You hits North American theaters on Jan. 17, 2020 — just ahead of the Feb. 9 Oscars telecast. 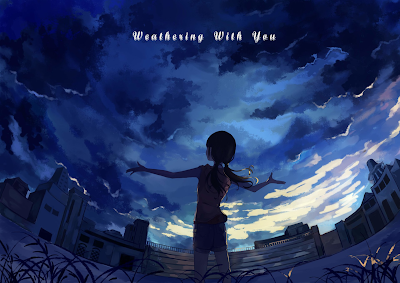 GKIDS proudly presents the highly-anticipated new film from director Makoto Shinkai and producer Genki Kawamura, the creative team behind the critically-acclaimed, global smash hit Your Name. The summer of his high school freshman year, Hodaka runs away from his remote island home to Tokyo, and quickly finds himself pushed to his financial and personal limits. The weather is unusually gloomy and rainy every day, as if to suggest his future. He lives his days in isolation, but finally finds work as a writer for a mysterious occult magazine. Then one day, Hodaka meets Hina on a busy street corner. This bright and strong-willed girl possesses a strange and wonderful ability: the power to stop the rain and clear the sky…
Posted by anim8trix at 12:00 AM