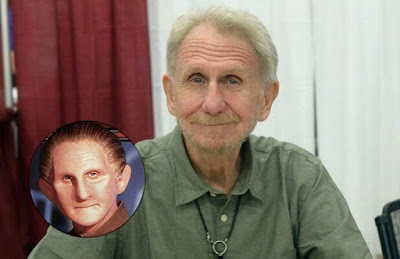 Born in New York City in 1940, Auberjonois began his acting career in theater in the 1960s, eventually finding his way to Broadway in 1968 with roles like the Fool in a production of “King Lear” and starring alongside Katherine Hepburn in the Coco Chanel play “Coco.” His performance in the latter as Sebastian Baye, the first-ever openly gay role on Broadway, won Auberjonois a Tony Award for Best Actor in a Musical. He would go on to earn three more Tony nominations over the course of his career.

In 1970, Auberjonois made his first appearance in a film from director Robert Altman, starring as military chaplain Fr. John Mulcahy in the iconic “M*A*S*H” The actor ended up providing one of the most famous lines from the films in an exchange between Mulcahy and Margaret Houlihan about Dr. Hawkeye Pierce. 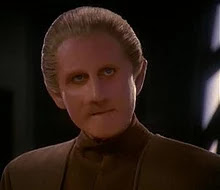 “I wonder how such a degenerated person like that could reach such a position of responsibility in the Army Medical Corps,” said Houlihan, to which Mulcahy responds, “He was drafted.”

Later in his career, Auberjonois added his voice to the long history of Disney movie songs as Chef Louis in “The Little Mermaid,” singing the song “Les Poissons” as the chef chops up a fish while a horrified Sebastian looks on.

He joined the cast of “Benson” in 1980, playing the role of Governor Gatling’s snobby chief of staff Clayton Endicott III. He received the first of his three Emmy nominations for the role.

But Auberjonois’ most famous role came in 1993 when he joined the cast of “Star Trek: Deep Space Nine.” In it, he played the gelatinous changeling Odo, who served as the head of Deep Space Nine’s security. For five years, Auberjonois played the ornery officer who was required to return to liquid form in a bucket to rest, becoming a key character in the show’s third season when Odo discovers that he is related to the leaders of the Dominion, the regime that the Federation wages war with over the course of the series.

Auberjonois is survived by his wife, Judith, and their two children, Tessa and Remy. 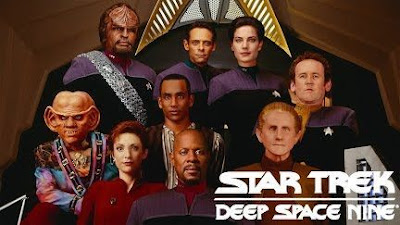