"We are all Songs in the Melody of Life!"
Fountaindale Public Library
300 W. Briarcliff Road
Bolingbrook, IL 60440
Board Room, Second Floor
Effective August 30, 2021, face masks
are REQUIRED inside the library due to
the state of Illinois mask mandate. 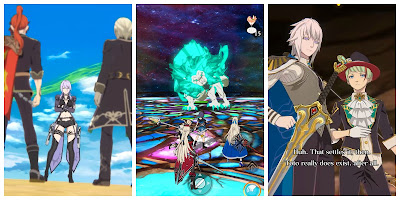 Tales of Luminaria: The Fateful Crossroad
Plot Summary: Newly minted Jerle Federation soldiers Leo Fourcade and Celia Arvier arrive at the Fed-occupied city of Lunne with their instructor, Lisette Regnier, on a mission to shut down the Pilier, a large tower created by the Gildllan Empire that provides the town with most of its electricity by sucking the mana out of the surrounding land, leaving it increasingly barren. After dealing with enraged, ape-like beasts near the city gates, the three Feds meet with a researcher named Nicola, who holds a device crafted to shut down the Pilier. However, inside the Pilier, the group runs into two Imperial infiltrators. Alexandra von Sonne, the White Wolf, clashes with Lisette. The others find themselves facing off against Hugo Simon, a former ally who defected to the Empire. Despite their efforts, the Fed soldiers are defeated as Alexandra and Hugo escape with Nicola's device, and soon repurpose it to supercharge the Pilier instead. The following night, Alexandra fights Lisette again, and Hugo manages to jump to the top of the Pilier where Leo awaits...
12:55 - 1:25     Club Announcements

Mushoku Tensei: Jobless Reincarnation
Plot Summary: Despite being bullied, scorned, and oppressed all of his life, a thirty-four-year-old shut-in still found the resolve to attempt something heroic—only for it to end in a tragic accident. But in a twist of fate, he awakens in another world as Rudeus Greyrat, starting life again as a baby born to two loving parents. Preserving his memories and knowledge from his previous life, Rudeus quickly adapts to his new environment. With the mind of a grown adult, he starts to display magical talent that exceeds all expectations, honing his skill with the help of a mage named Roxy Migurdia. Rudeus learns swordplay from his father, Paul, and meets Sylphiette, a girl his age who quickly becomes his closest friend. As Rudeus' second chance at life begins, he tries to make the most of his new opportunity while conquering his traumatic past. And perhaps, one day, he may find the one thing he could not find in his old world—love.
2:15 - 2:40    Attack on Titan: FINAL Season - Ep. 2

ATTACK on TITAN: Final Season
Plot Summary: Gabi Braun and Falco Grice have been training their entire lives to inherit one of the seven titans under Marley's control and aid their nation in eradicating the Eldians on Paradis. However, just as all seems well for the two cadets, their peace is suddenly shaken by the arrival of Eren Yeager and the remaining members of the Survey Corps. Having finally reached the Yeager family basement and learned about the dark history surrounding the titans, the Survey Corps has at long last found the answer they so desperately fought to uncover. With the truth now in their hands, the group set out for the world beyond the walls. In Shingeki no Kyojin: The Final Season, two utterly different worlds collide as each party pursues its own agenda in the long-awaited conclusion to Paradis' fight for freedom.
2:40 - 4:41    Belle [Movie] 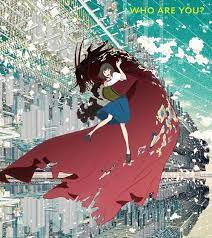 B E L L E
Plot Summary: Suzu Naito is a seventeen-year-old high school student who lives in the rural Kōchi Prefecture of Japan. When she was young, she was close with her mother, who supported her love for singing and writing songs. However, one day, Suzu witnessed her mother rescuing a child from a flooding river at the cost of her own life. The traumatic experience caused Suzu to resent her mother for "abandoning" her for a stranger's child and became unable to sing. The event has also led to her growing distant from her father, despite his attempts to reach out. She is alienated from most of her classmates, with the exception of her childhood friend Shinobu Hisatake (whom she has a crush on); popular girl Ruka Watanabe; her sportsman classmate Shinjiro Chikami (nicknamed Kamishin); and her genius best friend Hiroka Betsuyaku. Under Hiro's suggestion, Suzu signs into the popular virtual world known as "U", and creates a beautiful avatar with freckles she names "Bell", the English translation of her own name's meaning. Upon logging into U, Suzu finds herself capable of singing like she used to. Bell's appearance is at first criticized due to her freckles, but after making several appearances while singing and the assistance of Hiro who appointed herself as Bell's manager and producer, Bell soon becomes a big hit. Following her popularity, people start to refer her as "Belle", which means "beautiful" in French.
Posted by anim8trix at 12:00 AM