What does your flag mean? 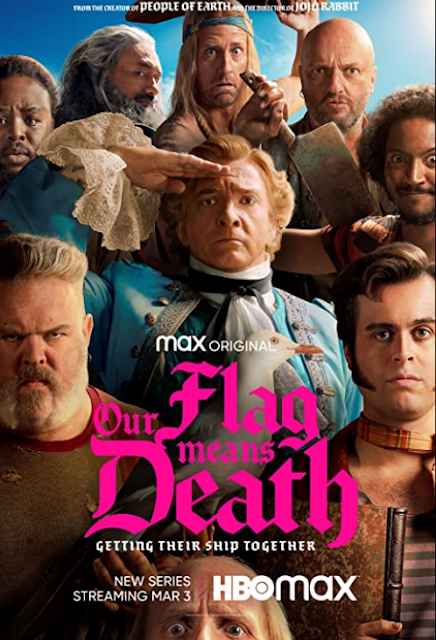 OUR FLAG MEANS DEATH
The unique new comedy is loosely based on the true adventures of 18th century would-be pirate, Stede Bonnet, played by Rhys Darby. After trading in his comfortable life for one of a buccaneer, Stede becomes captain of a pirate ship, but struggles to earn the respect of his potentially mutinous crew. Stede’s fortunes change after a fateful run-in with the infamous Captain Blackbeard, played by Taika Waititi. The Max Original comedy series, Our Flag Means Death is streaming March 3 on HBO Max.
▶ Watch the Trailer
Posted by anim8trix at 12:00 AM