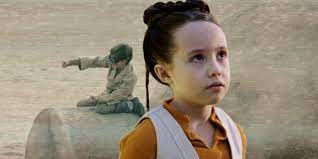 Oops. Ewan McGregor spilled the beans.
Luke was SUPPOSED to the focus of the Disney Plus Obi-Wan Kenobi series instead of Leia. Because of COURSE he was. That's the ONLY thing that makes sense and doesn't break canon. Kenobi was such a missed opportunity for something deeper, and more interesting.
▶ Watch the Video
About Clownfish TV: Hosted by Kneon and Geeky Sparkles, Clownfish TV is an independent, opinionated news and commentary channel that covers Pop Culture from a consumer's point of view. We talk about Gaming, Comics, Anime, TV, Movies, Animation and more. Opinions expressed by our contributors do not necessarily reflect the views of our guests, affiliates, sponsors or advertisers. Clownfish TV is an unofficial news source and has no connection to any company that we may cover.
Kenobi Star Ewan MacGregor let it slip out at a Fan Expo in Boston that the TV show was supposed to star Obi-Wan Kenobi...and LUKE SKYWALKER! Kennedy derailed that, stuck it to Luke yet again, made him a nobody and elevated LEIA in his place! Here's what MacGregor said about this horrible decision, and our reaction to this idiotic decision! KK has more than doubled down in her effort to raze Star Wars and Indiana Jones. She has quadruple downed on her efforts to bring down Lucasfilms. Should we really be surprised at this point?
Posted by anim8trix at 12:00 AM