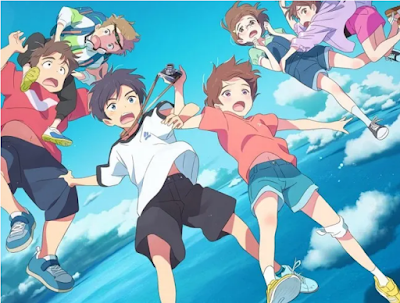 D R I F T I N G   H O M E
The third feature-length anime film from Studio Colorido, known for “Penguin Highway,” which was nominated for Best Animation at the 42nd Japan Academy Film Prize, and “A Whisker Away.” Sixth-graders Kosuke and Natsume grew up in the same apartment building as childhood friends. During summer break, while playing in the apartment building that is set to be demolished, they find themselves caught in a strange phenomenon. All they can see around them is a vast sea. Will Kosuke and the others make it back to their world? A journey of farewells in summer has just begun. The Netflix Film "Drifting Home" starts streaming worldwide from Friday, September 16, 2022!
▶ Watch the Trailer
Posted by anim8trix at 12:00 AM