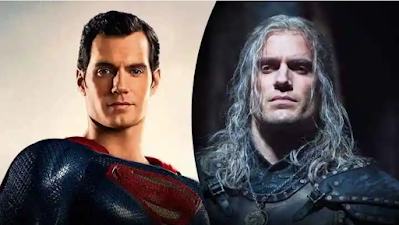 Henry Cavill ditches THE WITCHER for
SUPERMAN under James Gunn’s DC Studios!
Henry Cavill dropped out of The Witcher, just as James Gunn signed on as DC’s Kevin Feige, and rumors started swirling that Cavill is back as Superman for the long haul… and this is hardly a coincidence. In this video, we will explore Henry Cavill’s long road back to Superman, and to do that, we will begin with him dropping out of the Witcher, which had dropped the ball anyway, and before turning our gaze towards DC, and what Superman’s future may be there!
▶ Watch the Video
Posted by anim8trix at 12:00 AM