More Than Meets the Eye... 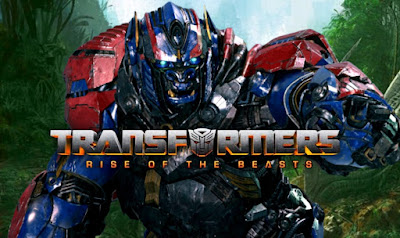 TRANSFORMERS
RISE OF THE BEASTS
Returning to the action and spectacle that have captured moviegoers around the world, Transformers: Rise of the Beasts will take audiences on a ‘90s globetrotting adventure and introduce the Maximals, Predacons, and Terrorcons to the existing battle on earth between Autobots and Decepticons. Directed by Steven Caple Jr. and starring Anthony Ramos and Dominique Fishback, the film arrives in theatres June 9, 2023.
▶ Watch the Trailer
Posted by anim8trix at 12:00 AM