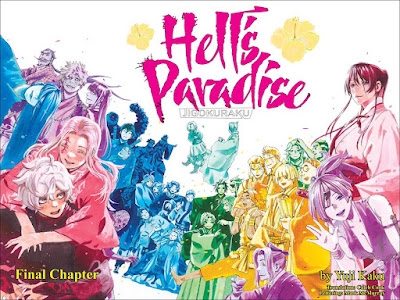 Hell's Paradise: Jigokuraku
Captured during an assassination mission, Gabimaru the Hollow is sentenced to be executed, but nothing seems to kill him due to his superhuman body. Believing his love for his wife to be subconsciously keeping him alive, executioner Yamada Asaemon Sagiri offers him the chance to be pardoned of all crimes by the Shogunate if he finds the elixir of life on Shinsenkyo, a legendary realm recently discovered southwest of the Ryukyu Kingdom. After losing five expedition teams sent to the island, this time the Shogunate sends a group of death row convicts. The convicts are each given a Yamada Asaemon executioner, who they must return with in order to obtain the pardon.
▶ Watch the Trailer
Posted by anim8trix at 12:00 AM