Demons are coming. One man stands in their way... 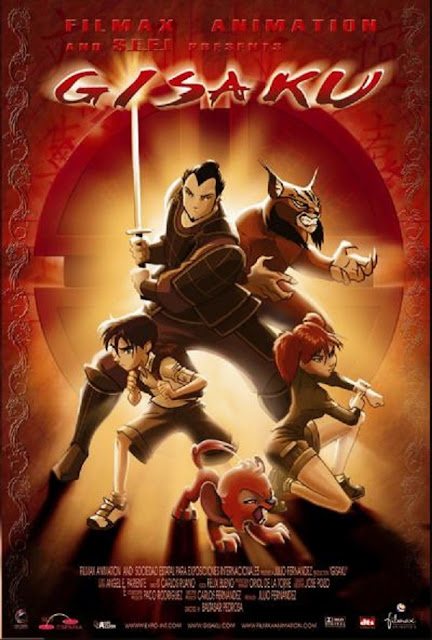 G I S A K U
Somewhere in Spain, a samurai waits patiently to fulfill a mission that was once entrusted to him: to protect the Izanagi Key from evil. The Key, made up of powerful pieces, closes a door that crosses the threshold of the world. Gisaku is the story of a fight between good and evil, in which a group of very opposing characters must work as a team to prevent Gorkan, the Lord of Darkness, from fulfilling his objective: to invade the world with his demonic hordes . In the course of their mission, Riki, Gisaku, Yohei, Linceto and Moira will be forced to overcome their internal conflicts and overcome numerous difficulties.
▶ Watch the Movie Here
Posted by anim8trix at 12:00 AM