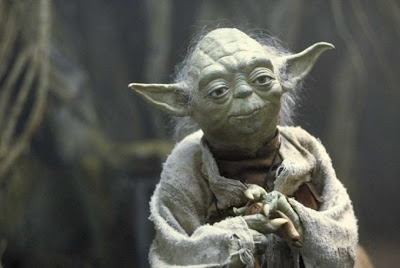 The Disney head said that Lawrence Kasdan is working on one script for the films and Simon Kinberg is working on another. They will focus on characters from the "Star Wars" universe, but Iger did not offer any additional details. [Update: Rumor has it the first spin-off may be about Yoda himself.]

Disney has enlisted J.J. Abrams to direct the first film in a proposed new trilogy. Iger told analysts on a conference call that the company was "pleased" to have Abrams, the director of the "Star Trek" reboot and co-creator of "Lost," taking the franchise into the future.

Michael Arndt, an Oscar-winner for "Little Miss Sunshine," will handle that script. The Abrams-directed film will hit theaters in 2015, Iger said.

Kasdan, who is best known as the director or "The Big Chill," is well versed in the "Star Wars" vernacular. He has previously written the screenplays for "Return of the Jedi" and "The Empire Strikes Back."

Kinberg may not have done a turn in the cockpit of the Millennium Falcon, but he has big-budget experience. Among his screenwriting credits are blockbusters like "Sherlock Holmes" (2009) and "X-Men: The Last Stand" (2006).

Iger first announced the projects during an appearance on CNBC. It is more evidence that Disney is hoping to exploit the "Star Wars" characters in myriad ways from toys to theme park rides beyond just continuing the story of the Skywalkers.

Disney needs to be creative when it comes to monetizing these characters because it paid a hefty $4.05 billion in cash and stock to buy Lucasfilm from George Lucas last October.
Posted by anim8trix at 12:30 AM