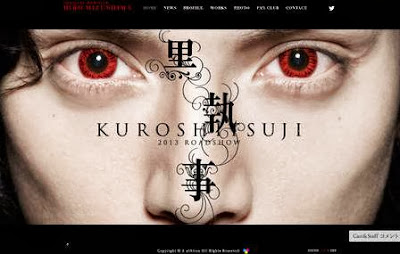 It was announced in January 2013 that the manga will be made into a live-action movie starring Ayame Goriki as Genpou Shiori, Hiro Mizushima as Sebastian Michaelis. Filming began in April 2013 and the movie will be release on 18th of January 2014. Reports have it that the character of Ciel will not be in this movie. The new Phantomhive is a girl in the disguise of a male because the head of the family can only be a male.

UPDATE: While the original manga is set in 19th century England, this new film is set more than 130 years later in 2020, in an Asian city where Western and Asian cultures freely intermingle. Since only males can take the reins of the Phantomhive family, a young woman named Shiori dons male clothes and the name Kiyoharu Genpō to lead the massive Phantom Corporation.

The world Shiori lives in is divided between East and West, and she works as an intelligence operative (nicknamed the Queen's Watchdog) for the Queen of the Western nations, who is trying to unite the world. The Queen tasks Shiori to solve a "consecutive mummified mysterious deaths incident" as well as an incident of the disappearance of a few women. Before long, Shiori manages to discover a "black invitation" that ties the two incidents together, but that invitation leads her to a world she should not have entered, and she is cornered into a dilemma.

Ayame Gōriki plays Sebastian's new master Shiori. Like the master Ciel in the original manga, Shiori has a seal in her right eye as a symbol of her contract with Sebastian. Sebastian watches over and protects Shiori, but at a price — he consumes her soul.

Rounding out the cast are Mizuki Yamamoto as the maid Lin, Yuka as Shiori's aunt Hanae, and fashion model Louis Kurihara as the undertaker Jay. The cast will also include Masatô Ibu, Goro Kishitani, and Yuu Shirota. This will be the first time since Beck three years ago that Mizushima is starring in a film. Mizushima previously played another eminently capable butler inspired by a manga series, Mei-chan no Shitsuji. 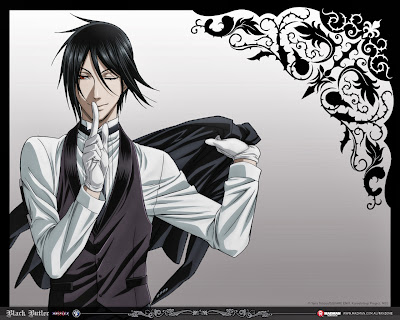