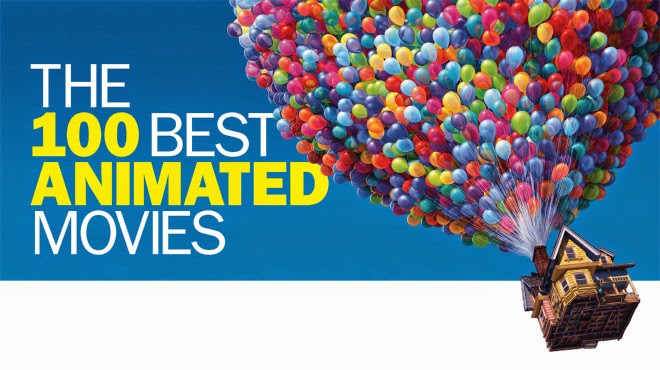 By Time Out contributors, edited by Dave Calhoun and Joshua Rothkop
Chances are the first movie you ever saw was animation. Exuberant, colorful and full of wonder, animation is the stuff of childhood. It introduces us to the magic of cinema, and there’s no doubt that, as we researched the 100 best animated movies of all time, the nostalgia factor was overwhelming.

Then again, as we polled over 100 experts in the field—from directors like Fantastic Mr. Fox’s Wes Anderson, Ice Age and Rio’s Carlos Saldanha, Wallace & Gromit’s Nick Park, to critics and hardcore fans alike—it became clear that animation doesn’t just mean kids' and family movies. Worldwide innovators have adapted the form to include action, politics, race and sex. Animation has grown up, sometimes uneasily, right before our eyes.

We know you’ll find something to love in our authoritative ranking of the best animated movies ever made. The timeless Disney classics. The best Pixar films. Brilliantly sophisticated modern works from Japan's cottage industry—anime—and especially from its Studio Ghibli. Films that make you weep, laugh, sing along and wish upon stars.

Take some time to check out our contributors' personal lists, each one an invitation to further explore avenues of stop-motion, computer-generated imagery or good old pen-and-ink fantasy.

Let us know what you think, in the comments below or on Facebook or Twitter. Did we get it wrong or leave out an essential title? One thing is certain: Animation is an endless well of fun. We're sure it goes deeper. Email ThisBlogThis!Share to TwitterShare to FacebookShare to Pinterest
Labels: animation