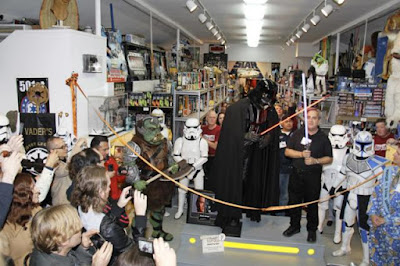 "S I T H   H A P P E N S"
In the first "Star Wars" film, Obi-Wan Kenobi said, "in my experience there is no such thing as luck." Steve Sansweet thinks differently.
Sansweet, the owner of the largest privately owned collection of Star Wars memorabilia in the world, said Monday he feels lucky he found out about the theft of $200,000 worth of prized vintage action figures from his California nonprofit museum before it was too late.
About 120 pieces were stolen between 2015 and 2016 by a friend who stayed at the compound four times during that period, Sansweet said.

The sprawling collections are set up on shelves and are not behind glass or under lock and key.

About 100 of the stolen items have been recovered, he said.

Cunningham is free on $25,000 bail and is scheduled to be in court June 27 for a preliminary hearing.

Neither Cunningham, nor his lawyer, Amy Chapman, returned calls for comment.

"It was very lucky we found out when we did — but not so lucky that he had a year to steal things," Sansweet said.

Sansweet, the founder of Rancho Obi-Wan in Petaluma, California, owns roughly 400,000 pieces of Star Wars memorabilia that are on display and shown to visitors. 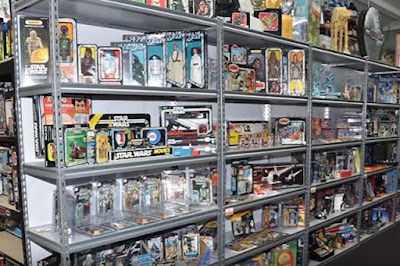 That includes everything from the original banner Lucasfilm used to promote Star Wars at fan conventions in 1976, to a Darth Vader costume and all of the more than 2,500 small action figures issued over the past 40 years.

The thefts surfaced after a collector learned he had inadvertently purchased a Boba Fett action figure stolen from a Texas warehouse, Sansweet said.

"This is despicable. Keep an eye out. Get the word out," Mayhew tweeted. 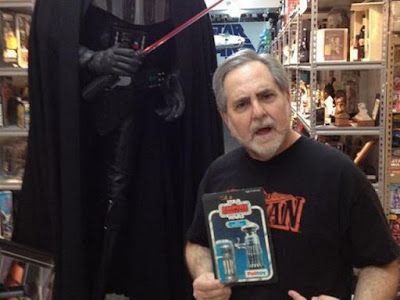