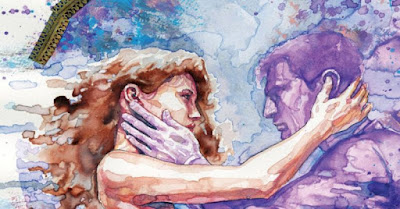 A 20-year Marvel veteran switches sides
Brian Michael Bendis, a 20-year Marvel veteran, will join DC Comics, the publisher announced today. Not only will Bendis be writing DC Comics characters for nearly the first time, he’ll be writing them exclusively, breaking ties with Marvel Comics. So Bendis’ move is surprising: Usually, when DC or Marvel announce exclusivity agreements, they’re with writers and artists who have already been working with them off and on for a while, with a few successful home-publisher titles under their belts. Occasionally, DC or Marvel will exclusively sign new, up-and-coming talent. The announcement of a major company switch for a name as big as Bendis, who has virtually never written for DC before, is unusual.
Read more...
Posted by anim8trix at 12:00 AM