Raid Some Tombs with Tad the Explorer! 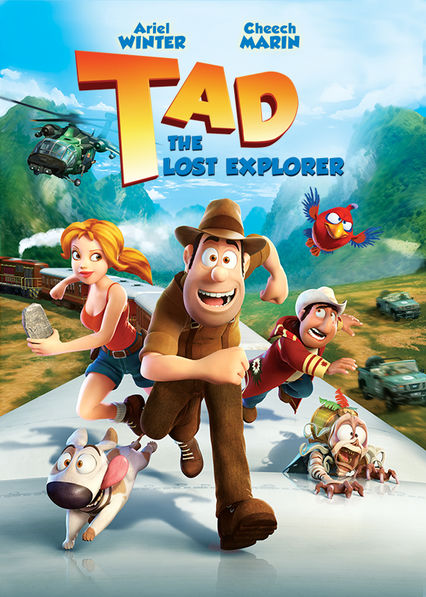 TAD the LOST EXPLORER
Tad is a bored construction worker dreaming of a life of adventure, until one day he is mistaken for a famous archeologist and that dream comes true. Whisked to Peru holding a sacred key, Tad helps Professor lavrof and his beautiful daughter Sara as they race against evil treasure hunters in search of the Lost City of Paititi.


Tad Stone (voiced in English by Kerry Shale) is a bricklayer from Spain who lives in Chicago, working on the construction of the city's subway. Ever since he was five years old, he has dreamed of being a professional archaeologist. After being fired from his job as a bricklayer for daydreaming and for his dog urinating on the construction foreman, Tad visits his friend Professor Humbert (voiced by Mac McDonald), asking for the professor's help in investigating an apparently vintage bottle of Coca-Cola Tad found on the construction site. The professor receives a letter from his friend Professor Lavrof summoning him to Peru to re-unite his half of a stone "key" that will unlock the legendary Incan city of Paititi. Arriving at the airport, Professor Humbert suffers an accident after taking the wrong pills and is taken to the hospital. Meanwhile, a member of the nefarious firm Odysseus Inc. is spying on them and sends the photo to the other members who are in the Sechura Desert. Tad takes the professor's place and, along with his dog Jeff, travels from Chicago to Cusco, Peru. in the Cusco airport Tad meets Freddy (voiced by Cheech Marin), a local hustler. Tad is kidnapped by men from Odysseus, who threaten him to give them the stone key, but Tad is saved by Freddy and Sara (voiced by Ariel Winter), Professor Lavrov's daughter. After joining the two halves of the key, the group travels to Machu Picchu to meet up with Lavrov (also voiced by McDonald). Odysseus Inc., led by the evil Kopponen, (also voiced by Kerry Shale) again tries to steal the key, but Sara and Tad escape their clutches. Arriving in Machu Picchu, they discover that Professor Lavrof was kidnapped by Odysseus. After a series of adventures, they find Lavrov and Max Morden (voiced by Adam Jones), a famous archaeologist and Sara's fiance. After cracking the code of a wall map. Kopponen searches the desert with Lavrov and Mordon to find the treasure of the Incas. But Tad and Sara have the real map, and they depart for the jungle. Kopponen discovers them and finds the underground temple. 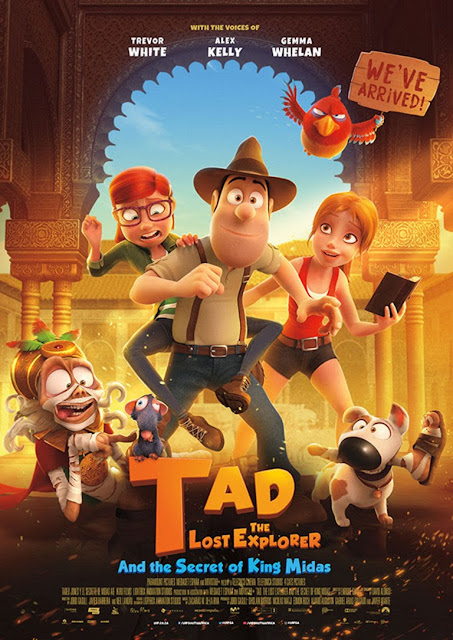 TAD the LOST EXPLORER 2
And the Secret of King Midas
Coming Soon in 2018
Posted by anim8trix at 12:00 AM