MONSTER HUNTER: Legends of the Guild 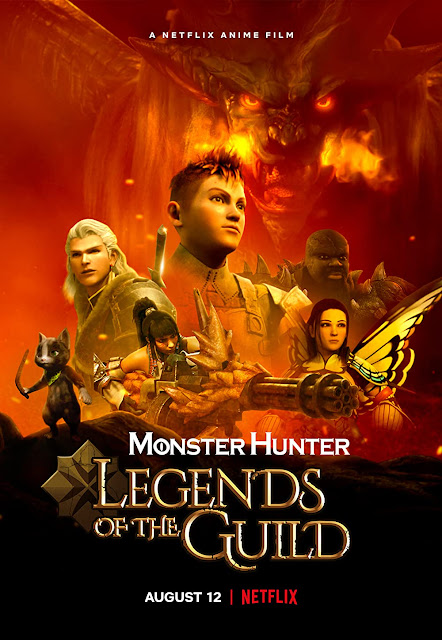 MONSTER HUNTER
Legends of the Guild
In a world where humans and fearsome monsters live in an uneasy balance, young hunter Aiden fights to save his village from destruction by a dragon. Monster Hunter: Legends of the Guild premieres August 12, only on Netflix.
Monster Hunter: Legends of the Guild is Steven F. Yamamoto's directorial debut, having previously racked up credits for his visual effects work on Transformers, World War Z and the rebooted Teenage Mutant Ninja Turtles film. The 3D animated film follows a young Ace Cadet from Monster Hunter Ultimate 4 (you may also recognise him as Exciteable A-Lister from Monster Hunter: World) as he plans to take on an elder dragon due to attack his village. Fellow MH4U hunter Julius is also here, along with some iconic Monster Hunter baddies and beloved Palico companions.
▶ Watch the Trailer
Posted by anim8trix at 12:00 AM