Hold on, kid. Ready for some adventure? 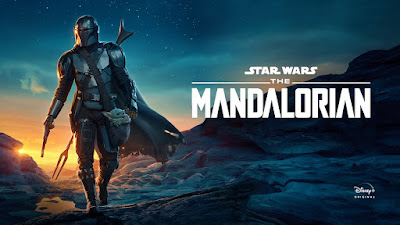 The MANDALORIAN: Season 3
The Mandalorian and Grogu face enemies and rally allies as they make their way through a dangerous galaxy in the tumultuous era after the collapse of the Galactic Empire. Season 3 of The Mandalorian is set to launch exclusively on Disney+ in February 2023 and is executive produced by Jon Favreau, Dave Filoni, Rick Famuyiwa, Kathleen Kennedy, and Colin Wilson. The returning cast includes Pedro Pascal, Giancarlo Esposito, Carl Weathers, Amy Sedaris, Paul Sun-Hyung Lee, Omid Abtahi, and Katee Sackhoff as Bo-Katan.
▶ Watch the Trailer
Posted by anim8trix at 12:00 AM