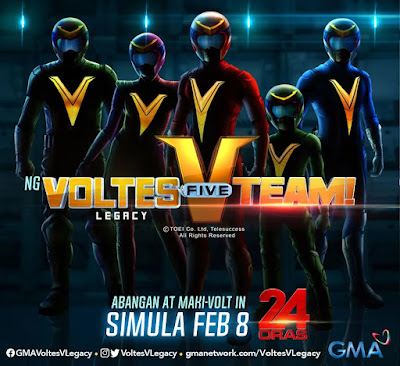 VOLTES  V:  LEGACY
Voltes V: Legacy is a live-action television adaptation by GMA Network of the Japanese anime television series Chōdenji Machine Voltes V that was produced by Toei Company and Sunrise. The anime is commonly known in the Philippines as Voltes V. GMA Network acquired the rights to make a live-action adaptation through Telesuccess Productions, Toei's Philippine licensee. 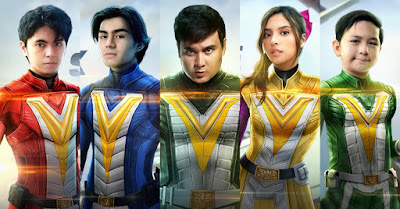 ▶ Watch the Extended Trailer
Voltes V (pronounced "Voltes Five") was first broadcast in the Philippines on May 5, 1978, on GMA Network with English dubbing. It was banned by then-President Ferdinand Marcos on August 27, 1979, citing "harmful effects on children" with four remaining episodes being unaired. After the 1986 People Power Revolution that resulted in Marcos' removal from office, the anime was re-aired on Philippine television in the 1980s to 2010s. 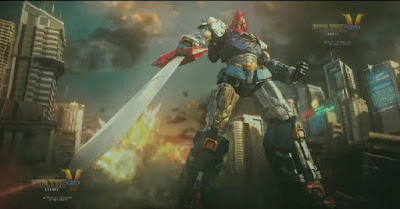 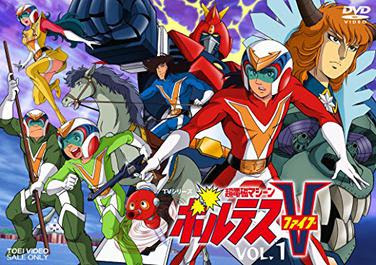 Two million years have passed since human begins first came into the world. Now the earth faces a crisis. Suddenly the Boazan Empire starts to invade the earth with a huge force that comes from somewhere for off in space. Their attacks are so strong and violent that the Earth Defense Forces are being beaten everywhere they attack. In Tokyo, where the headquarters of the Defense Forces is exposed to the danger by SUPER HORNET, monstrous robot sent by the Boazanians. The crisis is avoided with Voltes V, the super electro-magnetic machine, developed by Dr. Armstrong whose whereabouts is not known and its crew-Steve, the first son of Armstrong, Bert, the second son, Little John, the third son, Mark and Jamie.
Posted by anim8trix at 12:00 AM