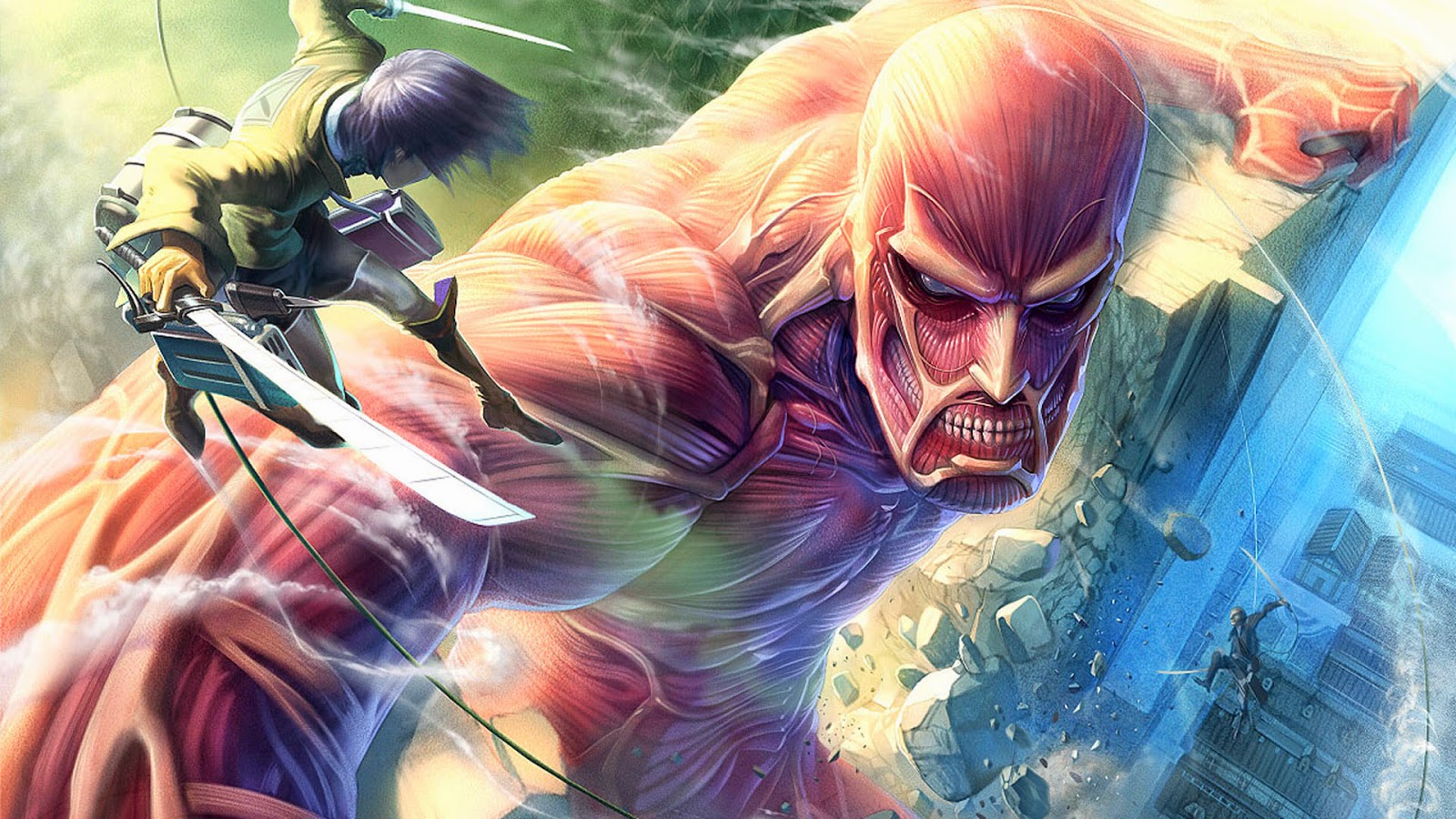 
When the man-eating giants called Titans first appeared, humans retreated behind massive walls. After a hundred years of safety, a colossal-sized Titan smashes through the defenses, unleashing a flood of giants and carnage in the streets. Eren Jaeger watches helplessly as one of the creatures devours his mother.

He vows to kill every Titan walking the earth.

Eren and his surviving friends enlist to fight against the insatiable monsters. The future looks bleak, but there's more to Eren than meets the eye: he may be humanity's last hope against extinction. From the director of Death Note and High School of the Dead comes the series Anime News Network calls "an intense, visceral, and graphic thrill ride." The Titans have come to feast. Anything can happen. No one is safe.

Funimation will ship first 13 episodes of the anime in a standard edition Blu-ray and DVD combo pack, a Limited Edition, and a Funimation.com-exclusive Collector's Edition.

The Collector's Edition will retail for US$128.98 and include 104 minutes of on-disc extras, a 3D lenticular art card, 24-page "Notes From Beyond the Wall: Part 1" booklet, four military emblem pins (Military Police Regiment, Scout Regiment, Garrison Regiment, and Cadet Corps), a replica of Eren's key necklace, and a sword necklace "featuring the Titan flesh paring blades." The Limited Edition will retail for US$89.98 and contain the on-disc extras, the 3D lenticular art card, and the booklet. All versions will ship on June 3.
Posted by anim8trix at 12:00 AM