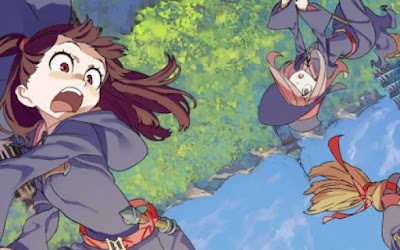 LITTLE WITCH ACADEMIA
[Source: ToonZone] Netflix has announced they will be the exclusive streaming home of Studio Trigger’s Little Witch Academia television series, and the first season will begin showing up there by the end of next month. It shouldn’t surprise anyone that Netflix holds the rights, as they currently offer the two preceding shorts starring the characters.


Little Witch Academia began as a 30-minute short released online back in 2013. Response was strong and Studio Trigger announced a follow-up short, but only if it was backed through crowdfunding. They wound up earning over four times the amount they asked for — there was a clear paying audience and a hunger for more.

Both shorts and the series are basically an animated version of The Worst Witch, with klutzy main character Akko serving in the Mildred Hubble role. She idolizes celebrity witch Shiny Chariot and wants to follow in her footsteps. When she starts going to class at Luna Nova Academy, the same magical school that Shiny Chariot graduated from, she finds it’s much harder than she anticipated. But she has her pals Lotte and Sucy to back her up.


The first season of Little Witch Academia is still running in Japan, and 20 of the 25 ordered episodes have aired so far. Netflix will be getting the first thirteen, with the remaining twelve presumably on their way later. They’ll be available June 30 exclusively on the streaming service. 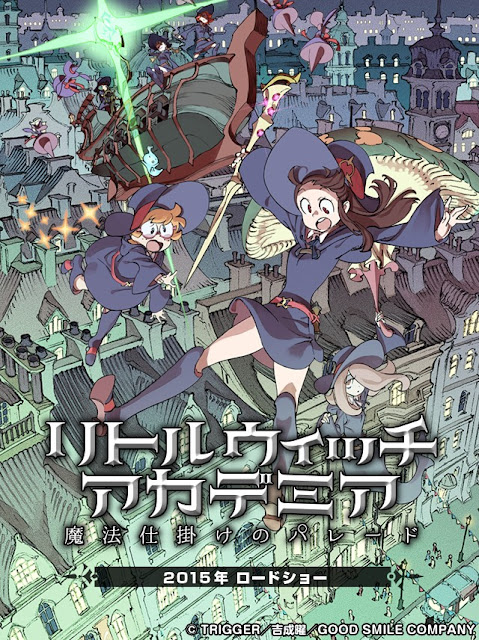